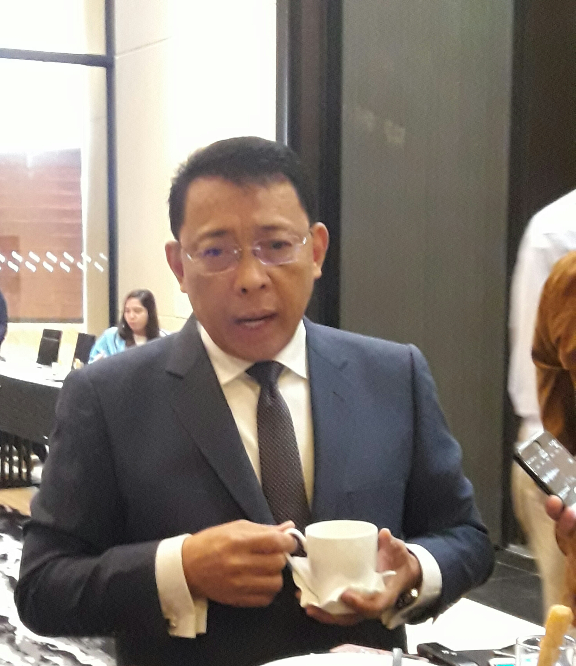 MANILA, Philippines— Monetary officials still see inflation peaking in the third quarter of 2017 even as Philippines rate of price increases has tended to go down.

Inflation decelerated to 3.1 percent last May after hitting 3.4 percent in the previous two months, bringing the five-month average to 3.1 percent, slightly above the midpoint of the government’s two to four percent target for this year until 2020.

Thus, he also discounts bright prospects for jeepney fare hike applications for Metro Manila because “the imperative for adjustment in the transport fare was not there unlike before.”

Risks from food prices has also gone down since the National Food Authority (NFA) continues to have enough buffer.

Added to this is the recent decision of the inter-agency NFA Council to approve the importation of about 805,000 metric tons (MT) of rice under the minimum access volume (MAV) scheme.

MAV is World Trade Organization’s (WTO) measure that sets the amount of agricultural product a country can import at a lower tariff.

Guinigundo said the recently-approved rice importation was in addition to the remaining 250,000 MT to be imported under the government to private (G2P) program.

He said terms of reference for the G2P program were being processed and the rice supply would come in during the lean seasons of July to September.

“We expect the importation to start coming in within this period to mitigate supply,” he said.

Weather condition is now expected to be better than earlier projections for threats of either an El Nino, an extreme dry weather, or its reverse, La Nina.

“But I think I clarified during our presscon (press conference after the policy meeting last June 22) that the probability for a neutral condition is now higher, higher than both El Nino or La Nina. So that means better conditions for the rest of the year,” he added.

Last week, BSP’s policy-making Monetary Board (MB) slashed the central bank’s average inflation forecast for this year to 3.1 percent from 3.4 percent on account of the expected lower path of inflation, inflation expectations that remain in-line with the target, robust domestic economic growth, liquidity and credit conditions that remain supportive of growth, and improving global economic prospects.

The three percent average inflation forecast for 2018 was maintained and Guinigundo traced this to impact of the proposed tax reforms, which economic officials hope to be approved by Congress this year for implementation next year.

“But even then we believe that the impact is quite manageable because it’s just one-off,” he added. (Joann Santiago/PNA)