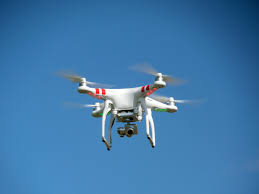 This developed after two people were briefly held by the police for flying drones near a downtown hotel here during the Kadayawan Pamulak or Flower Float Parade last Sunday. They were released on the same day.

DCPO spokesperson, Sr. Inspector Ma Theresa Gaspan, said one is an employee of an airline company while the other is a wedding documenter. The two have requested not to mention their names.

However, Gaspan said the airline company employee showed a permit from CAAP as part of the Davao promotional video of its upcoming international flight.

The other, Gaspan, said was taking an aerial video for a pre-nuptial coverage. The person was not aware of the existing regulation.

In 2014, CAAP released a Memorandum Circular No. 35-21 of 2014 requiring drone owners to register their equipment “to bear the registration markings ‘PR-U’ followed by the assigned number 001 to 999, followed by a letter from A to Z.” To be certified as a UAV controller, owners should qualify for a radio operator’s certificate of proficiency: have been awarded a “passed” rating in an aviation license theory examination: have been awarded a “passed” rating in an instrument theory examination: have completed a training course on the operation of the type of UAV that he/she possesses to operate; and, have at least five hours experience operating UAVs outside controlled airspace.

The owners or operators, who will use drones commercially, must register with the CAAP and secure a certification to operate the drones. A Large UAV is an unmanned airship with an envelope capacity greater than 100 cubic meters; a Micro UAV has a gross weight of 100 grams or less; and, Small UAV has neither a large UAV nor a micro UAV.

Drones are not allowed because these can be used for surveillance. It must not be flown in crowded areas, restricted areas like airports, or no-fly zones like military camps or the presidential residence.

Gaspan said the PSG, however, decided not to file a case against them for humanitarian consideration.

She said the two were just playing and they were not aware of the regulation. Instead of paying a fine of P500,000, Gaspan said the family donated the drone to the DCPO.

The drone donated to DCPO has become a useful tool for its operation such as during the Kadayawan Festival.

Gaspan said that stores selling drones should also inform their buyers about the procedures and regulations before owning one.

“This is also one reason why we have to raise awareness about flying drones,” Gaspan said in an interview Thursday. -Lilian C. Mellejor/PNA