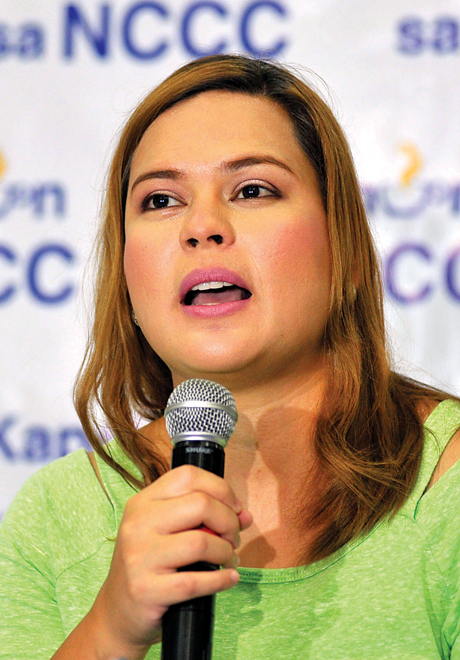 DAVAO CITY, Philippines — Despite under Martial Law, Davao City remained a tourist hub and has recorded  a total of 1,864,343 tourist arrivals since last year.

Tourism promotions and increasing tourist arrivals are something that the local government cannot do alone, according to Duterte-Carpio.

“We need you, the private sector, to work as one and decide what direction should Davao tourism take,” she said.

The tourism sector should align plans accordingly, as she promised government support by formulating government tourist-friendly policies, building infrastructures, and ensuring that people are safe and secured.

She acknowledged “That a major part of tourism involves attracting investments, sustaining land, sea, and air route connectivity, and maintaining peace and order.”

The city targeted to break a  two million  tourist arrivals but things changed when Martial Law was declared.

Local tourism players here revealed that negative media reports about Martial Law have contributed to the perception that Davao City is not safe.

“We were well on our way until Martial Law happened, but we bounced back in August, mainly because of the Kadayawan Festival — thanks to our strong, hardworking, and dedicated private sector,” she said.

Duterte-Carpio urged the tourism sector to make Davao City friendly and attractive to tourists by “sprucing up your establishments and keeping your surroundings clean and coming up  with  new  and exciting activities  and tour packages  to cater to different  travelers.”

The mayor also called on local  artists  to create  murals  and  art  corners, while encouraging the Halal Council to “push further in order for us to certify more establishments in the face of coming Air Asia flights to and  from  Kuala  Lumpur  in  December.”

“And more importantly, all of us should aim for achieving international standards,” she said.

Davao City has also embarked on sports tourism — kicking off with next year’s hosting of Ironman 70.3 triathlon, the Davao Regional Athletics Association (DAVRAA) Meet, and in 2019, the Palarong Pambansa.

She advised the tourism players though “Please undertake the necessary preparations to ensure that we can cater to the magnitude of arrivals – in terms of the quality  of  our  accommodation,  entertainment,  leisure  and  dining  options, and facilitation services – so that the delegates may leave Davao City with good words and fond memories and make many return trips.”.-Armando B. Fenequito Jr./Newsline.ph