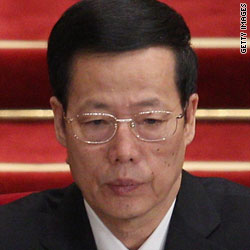 “China-ASEAN Expo is becoming better and better each year. The Expo is very successful,” Zhang told the 300 foreign journalists whom he met at the Great Hall of the People in Beijing on Thursday.

The China-ASEAN Expo (CAEXPO) was co-sponsored by ministries department of commerce or industry and trade of China and the 10 ASEAN member states as well as the ASEAN Secretariat and was organized by the People’s Government of Guangxi Zhuang Autonomous Region.

He said the upgraded FTA will inject new impetus to bilateral economic and trade between China and 10 ASEAN countries that has reached USD 185 billion.

“China and ASEAN countries are learning from each other, exchange experiences, technologies and solutions through the Expo,” Zhang informed the 300 foreign journalists, including 35 from 10 ASEAN countries, who attended the 4th Media Cooperation Forum.-Jelly Musico/PNA