Posted on October 1, 2017 by NewsLine Philippines 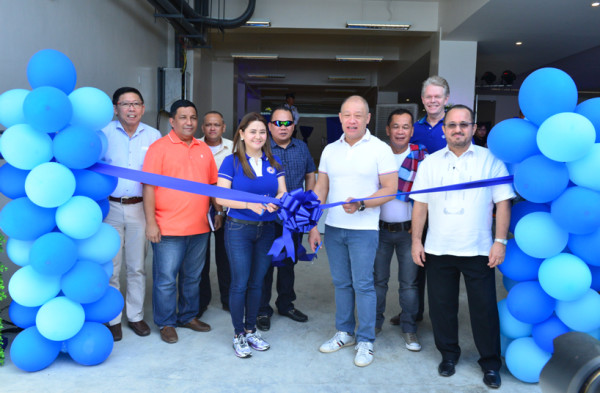 MANILA, Philippines — The submarine cable system connecting the Philippines to the United States through Davao City is expected to strengthen Internet connection in the country.

The USD250-million facility which was deployed by Globe Telecom will help further boost the growth of business in the Mindanao region.

On its website, Globe Telecom  announced the launching of  the $250 million Southeast Asia-United States (SEA-US) submarine cable system which provides direct links between Davao and the United States for richer and enhanced international connectivity for businesses in Mindanao and the rest of the country.

“First world connection is more than just fast internet but is also about building a better nation that transcends borders and opens infinite possibilities for everyone. We are excited about this development because of the immense benefits that the undersea cable system will bring to the Philippines. For one, it will provide support for the expanding business requirement for data in the Mindanao region where the cable landing station is located and in the country as a whole. This will also ease our dependence on international cable systems and ensure the resiliency of the country’s internet connectivity,” said Ernest L. Cu, Globe President and CEO.

The SEA-US cable system is connected to the Globe cable landing station in Brgy. Talomo, Davao City which also houses the Power Feed Equipment necessary to run the system. Outside of Luzon, the undersea cable is the first direct connection of Globe to the United States via Guam, Hawaii, and California, offering faster transmission of data to the U.S.

The facility also completely bypasses the Taiwan earthquake zone to ensure continuity of service and greater resiliency. This is expected to prevent a repeat of a 2006 incident where major international cables were broken because of the Taiwan earthquake, resulting in the isolation of the Philippines for a few days in terms of internet connectivity.

“On behalf of the Philippine Government, we congratulate Globe Telecom for further improving the state of internet connectivity in the Philippines. The launching of this SEA-US cable system underscores the importance of integrating ICT in the improvement of government service delivery. We look to this Globe and SEA-US project being of help to government in realizing its ICT roadmap,” said Department of Information and Communications Technology Secretary Rodolfo Salalima.

Peter Maquera, Senior Vice President for Globe Enterprise Group, also commented that “the facility will be most beneficial to businesses which require higher bandwidth and network resiliency at cost-efficient rates.” “With the commercial operations, our customers can expect a more resilient network necessary for the continuity of their operations as well as greater route flexibility and better future support for bandwidth-dependent applications and services, consistent with the growing trend of companies shifting their business critical operations to digital,” he added.

The 14,500-kilometer SEA-US international cable system uses the latest 100 gigabits per second transmission technology to deliver an additional 20 terabits per second capacity. Such additional capacity will cater to the exponential growth of bandwidth between the two continents.

Aside from forming part of the SEA-US consortium, Globe is also a member of an international consortium of telecommunications and technology companies operating the Southeast Asia-Japan Cable (SJC) system. SJC is an 8,900-kilometer cable system linking seven territories that include Brunei, mainland China, Hong Kong, Japan, Singapore, and the Philippines, including the option to link with Thailand. The cable infrastructure is currently being upgraded to bring an increase of 6.5 Tb/s capacity with state of the art 100 G technology.

The technology will pave the way for faster data transmission which will benefit business process outsourcing (BPO) and information and communication technology (ICT) companies, according to Davao City Mayor Sara Duterte.

“This is the first in our country and we are more than thrilled that the Cable Landing Station is installed in Talomo, Davao City. Stable connectivity has long been coveted by Filipinos and this breakthrough merits our approbation,” Duterte said in a statement.

The Southeast Asia-United States (SEA-US) submarine cable facility supports the efforts of the telecommunication company to improve its services in Mindanao through the establishment of a data center in Davao to address the increasing ICT requirements of major industries in the region.

“This will not be possible without the help of many agencies especially the local government unit in Davao. This project was started about five years ago with a commitment to provide faster transmission, more efficient connectivity and greater network resiliency in Mindanao and the rest of the country.

The LGU gladly accepted it, facilitated all our permits, ensured the security of the project and in a certain degree, validated the location of the cable landing station and the future data center. Our business is growing very well in Davao and I’m sure that this added capacity will be put to good use,” said Globe president and CEO Ernest Cu.