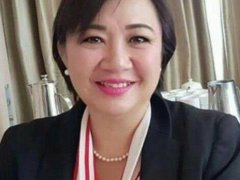 DAVAO CITY, Philippines — The major shakeup in the Department of Tourism (DoT) stirred opposition from the tourism sector given its cost to the industry, especially in Davao.

City Tourism Officer Generose Tecson confirmed various associations and tourism councils nationwide had submitted their respective positions in the reshuffling at the national and regional offices.

The reshuffling will reportedly enable the DoT officials to “flourish” and get them out of their “comfort zones.”

Under the order, DoT XI will have a new regional director in the person of Antonio Fernando Blanco, who was the DoT director in Region 9 or the Zamboanga area.

Tecson admitted she was concerned of the sudden reshuffling of the regional directors, particularly Robbie Alabado, who was assigned to the DoT’s medical tourism section in the central office.

She said Alabado had been supportive of the plans and programs of the various tourism offices in the region.

She said these were programs that DoT Davao and the various tourism offices had put together and which were set to be implemented immediately.

“To replace him now would mean losing precious time in the implementation of these programs,’ she stressed.

Tecson hopes that Alabado’s transfer will be deferred for the good of the tourism industry in Davao region.

According to Tecson, a new director (not from the region) would have to familiarize with the region’s tourism landscape and the nuances of the industry.

“With that alone, it’s going to cost us time,” she added, given that developments are in Davao’s favor under President Rodrigo Duterte.

“Right now, with President Rodrigo Duterte in Malacanang, things are already in our favor. We have to act fast and cannot lose time,” she said. –Lilian C. Mellejor/PNA