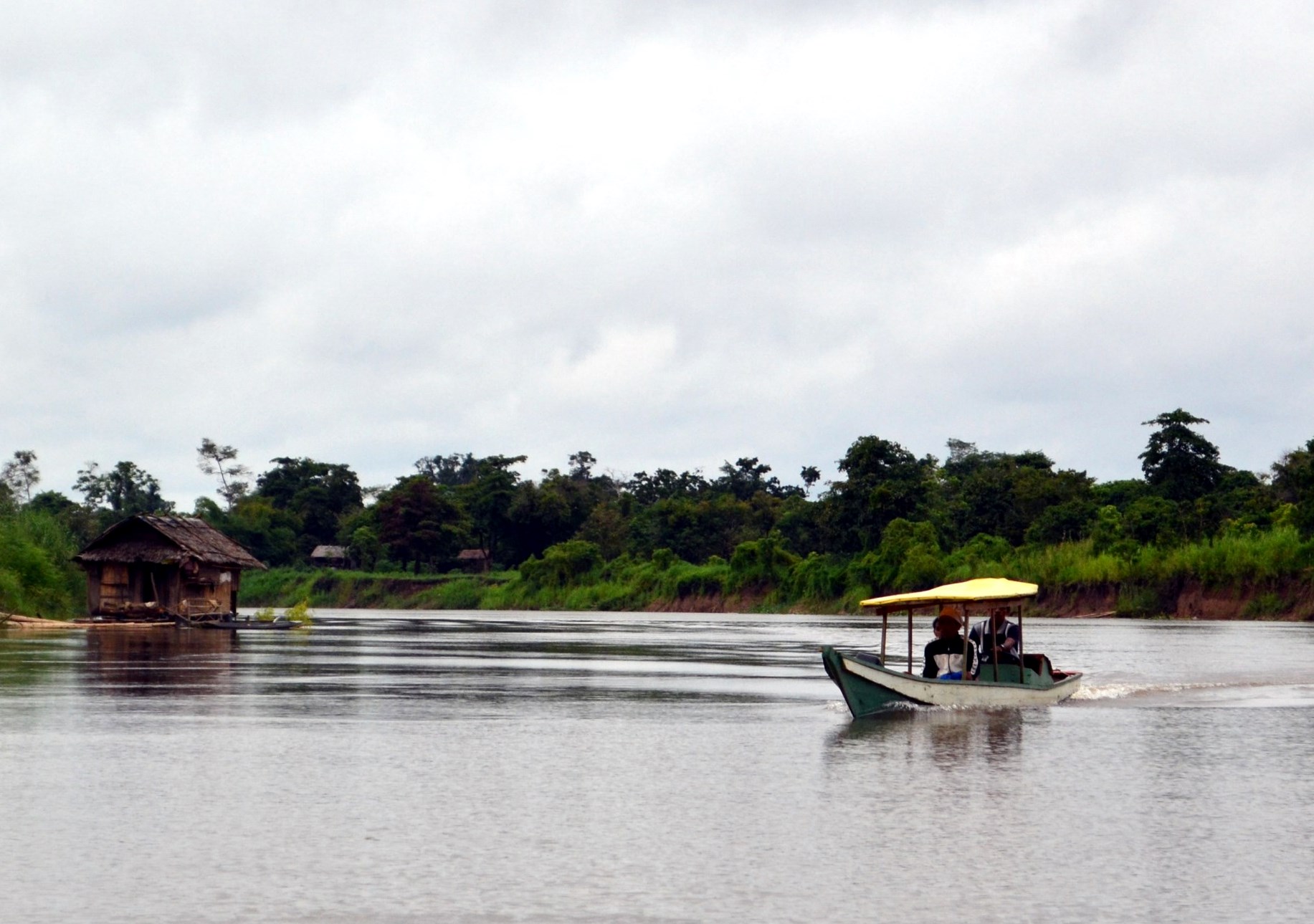 DAVAO CITY, Philippines–On April 22, the Philippines will celebrate Earth Day as the Paris Agreement on Climate Change enter into force for the country.

It will be a historic day  for the country, “Earth Day will once again be historic for the Philippines as it will mark the commencement of the Paris Agreement’s legal force and effect in our country,” says Senator Loren Legarda, Chair of the Senate Committee on Climate Change.

“It will also mark a great start to our journey towards a resilient and sustainable future,” Legarda emphasized.

One of the immediate effects of the Paris Agreement’s entry into force is that the Philippines “will no longer be just an observer in the next meeting of the CMA,” Legarda pointed out.

The Conference of the Parties, the supreme body of the UN Framework Convention on Climate Change, serves as the meeting of the Parties to the Paris Agreement.

“It is important that we actively participate in the CMA so that we continue to advance our country’s interests. We need to exercise governance, oversight, leadership and decision-making in the implementation of the Agreement,” Legarda explained.

In a press statement, Legarda said the Paris Agreement is very crucial for the Philippines as it is one of the most vulnerable countries to the impacts of climate change.

“We have been experiencing how climate change is exacerbating natural hazards. The changing climate has been causing unprecedented heat levels resulting in severe drought or stronger episodes of El Niño. It is also causing stronger storms that bring storm surge, flooding, or landslide,” the lady senator said.

“For a nation that is visited by an average of 20 typhoons a year and experiences El Niño every 2-7 years, climate action should be a vital component of disaster risk reduction,” she added.  “Climate change adaptation is one way to build disaster resilience and preventing further warming of the climate is one way to reduce disaster risks.”

In 2011, Legarda spearheaded the integration of disaster risk reduction and climate change adaptation through a memorandum of understanding between the Climate Change Commission (CCC) and the National Disaster Risk Reduction and Management Council (NDRRMC).

“We can acquire support from developed countries for adaptation, mitigation, technology development and transfer, and capacity building,” she said. “These could help finance the development and roll out of our early warning systems, comprehensive risk assessment and management tools, and other capacity-building projects and programs that would make our communities more resilient to climate change.”

In 2007, the Nobel-prize winning Intergovernmental Panel on Climate Change (IPCC) estimated that sea levels might rise – as a result of climate change – by between 18 centimeters and 59 centimeters in the coming century.   The Philippines ranks fourth in the Global Climate Risk Index.  Fifteen of the 16 regions of the Philippines are vulnerable to sea level rise.

In Mindanao, a six-meter sea level rise in the Davao Gulf could submerge the coastal area of Davao City.  When he was still alive, Councilor Leonardo Avila III told the participants of a seminar that Agdao district, Panacan, Sta. Ana wharf, part of the Lanang, Bajada and Matina areas, the whole of downtown area, including the City Hall, will be completely under water.  These areas will virtually be part of the Davao Gulf, he said.

As a result, 40 percent of the city’s total population will be forced to evacuate to higher areas like the Buhangin district, Catalunan Grande, Calinan, Mintal and Paquibato.  Since the downtown area is already inundated, businesses have also to be relocated to higher areas.

But Davao City is not alone.  Coastal barangays from Carmen, Davao del Norte to Panabo City and Digos City will also be greatly inundated.

Other provinces in Mindanao vulnerable to sea level rise are Sulu, Zamboanga del Sur, Zamboanga del Norte, Zamboanga Sibugay, Basilan, Tawi-Tawi, and Maguindanao.  All these will be erased from the map of the Philippines, according to Greenpeace, an international environment watch group.

“Is climate changing in Mindanao?” asked Father Jesus Ramon Villarin, SJ in a paper he co-wrote in 2006.  In a study he conducted, the Jesuit scientist observed that the rainfall over northern coast of Mindanao has generally increased over decades, with the northeast section receiving most of the increase.

Annually, the country loses millions of dollars in direct damage to properties, livelihood and crops due to climate-related natural disasters, according to Danilo C. Israel, a senior research fellow at the Philippine Institute for Development Studies (PIDS).

Climate change accounts for more than 300,000 deaths per year around the world and $125 billion of economic losses annually, creating conditions where more people feel the effects of natural disasters or suffer environmental degradation, according to The Human Impact Report: Climate Change—The Anatomy of a Silent Crisis.

It was Dr. James E. Hansen of the US National Aeronautics and Space Administration who first raised the problem of climate change.  In 1988, he told an American Senate hearing that the greenhouse effect “is changing our climate now.”

The greenhouse effect is a natural warming process.  During the Climate Change Media Workshop two years ago, Dr. Rosa T. Perez said that carbon dioxide and certain other gases are always present in the atmosphere.   These gases create a warming effect that has some similarity to the warming inside a greenhouse, hence the name “greenhouse effect.”

Here’s what happens: “Visible sunlight passes through the atmosphere without being absorbed; some are back-scattered.  Some of the sunlight striking the earth is absorbed and converted to heat, which warms the surface.  The surface emits heat to the atmosphere, where some of it is absorbed by greenhouse gases and re-emitted toward the surface.  Some of the heat is not trapped by greenhouse gases and escapes into space.”

Dr. Rosa is a research fellow of the Manila Observatory.  She was one of the scientists who contributed to the Fourth Assessment Report of the Intergovernmental Panel on Climate Change (IPCC), a United Nations body which became a co-recipient of the 2007 Nobel Peace Prize.

According to Dr. Perez, human activities that emit additional greenhouse gases to the atmosphere increase the amount of heat that gets absorbed before escaping to space, thus enhancing the greenhouse effect and amplifying the warming of the earth.

“Although the Earth’s climate has changed many times throughout its history, the rapid warming seen today cannot be explained by natural processes alone,” points out Dr. Perez, who has a PhD in Meteorology from the University of the Philippines.

“Climate change is very simple,” noted Dr. Robert Watson, IPCC Chairman.  “We are increasing emissions of greenhouse gases and thus their concentrations in the atmosphere are going up.  As these concentrations increase, the temperature of the earth rises.”

Aside from carbon dioxide, the following are also considered greenhouse gases: water vapor, methane, and nitrous oxide.   There are also those man-made gases generated during industrial processes like sulfur hexaflouride, hydrofluorocarbons, and perfluorocarbons.

“Our lifestyle has led to the accumulation of greenhouse gases in the atmosphere,” notes the fact sheet circulated during the workshop mentioned earlier.  “These gases trap heat from the sun, making the earth warmer.  Manifestations of a warmer world include rising mean temperatures, sea level rise and increase in the frequency and intensity of extreme weather events like droughts and greater rainfall.”

“Continued emission of greenhouse gases will cause further warming and long-lasting changes in all components of the climate system, increasing the likelihood of severe, pervasive and irreversible impacts for people and ecosystems,” contends the new IPCC report.

Dr. Perez says that the current carbon dioxide released into the atmosphere is about 40% more than pre-industrial levels.  “We are emitting a lot of carbon dioxide faster than the Earth can absorb any excess,” she deplores.

Renee Juliene Karunungan, program manager for Advocacy for Dakila, in  an article published by Rappler in May,  stated  “We also cannot wait for the rest of the world to act before we start acting ourselves. Yes, developed countries will need to commit more, and yes the Philippines only emits a small amount of carbon in the atmosphere. But we are a country vulnerable to climate change impacts and has already claimed thousands upon thousands of lives and livelihoods.

Dakila,  is a group of artists working for social transformation.