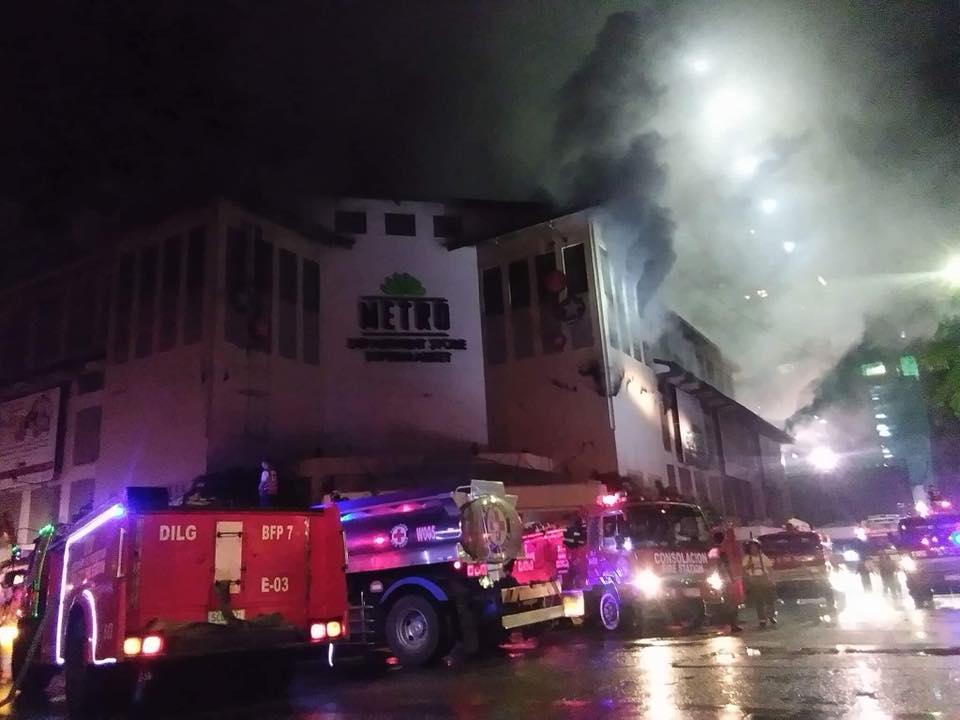 DAVAO CITY, Philippines — First hit Metro Ayala Center Friday night, all customers were safety evacuated and no one was hurt.

In a statement, the Metro Gaisano management said smoke was detected at around 9:30 in the evening Friday, January 5, 2018  at the third floor toy stockroom.

The  Bureau of Fire Protection (BFP) has raised the fire alarm at the Metro Ayala, which is located in Ayala Center Cebu, to Task Force Alpha.

In a statement, the Metro Gaisano management said smoke was detected around 9:30 p.m. on Friday at the third floor toy stockroom.

Cebu Daily News also quoted Bañacia saying  firemen inside Metro Ayala have been ordered to move out for their safety as the inside of the building has been completely engulfed by the fire and could collapse on firemen still trying to douse the blaze now raging for nearly five hours.-Jiann A. Padillo/Newsline.ph