Posted on January 16, 2018 by NewsLine Philippines 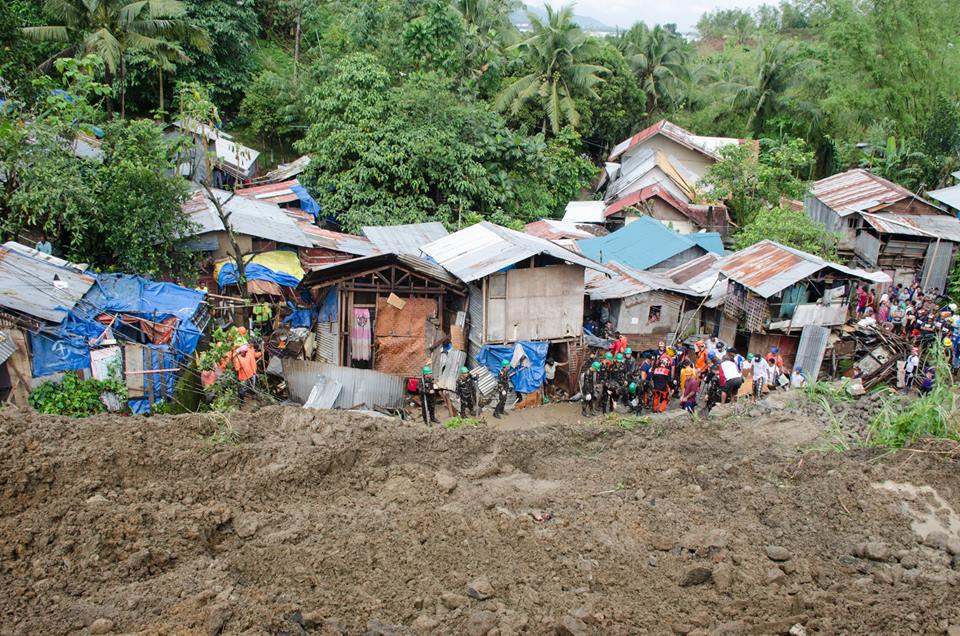 Except for Carson the bodies of the three victims were discovered Monday night in a  two-day retrieval operation.

The victims houses were buried when the wall measuring 3.6 meters (12 feet) high and 40 meters long collapsed Sunday at about 9p.m.

Mayor Cristina Romualdez said the mudslide caused the  collapse a concrete wall and buried several houses along Cong. Artemio Mate Avenue in Quarry district, this city past 9 p.m. on Saturday.

“This is very unfortunate. After this incident, we immediately evacuated villagers near the landslide area to ensure safety,” Romualdez said in a media interview.

Romualdez who comforted Verity Sue Hernandez, the daughter of Amancio, promised to provide educational assistance to the girl as the city will help her in the burial of her parents.

The young Hernandez lost her parents and a sister.-Jiann A. Padillo/Newsline.ph