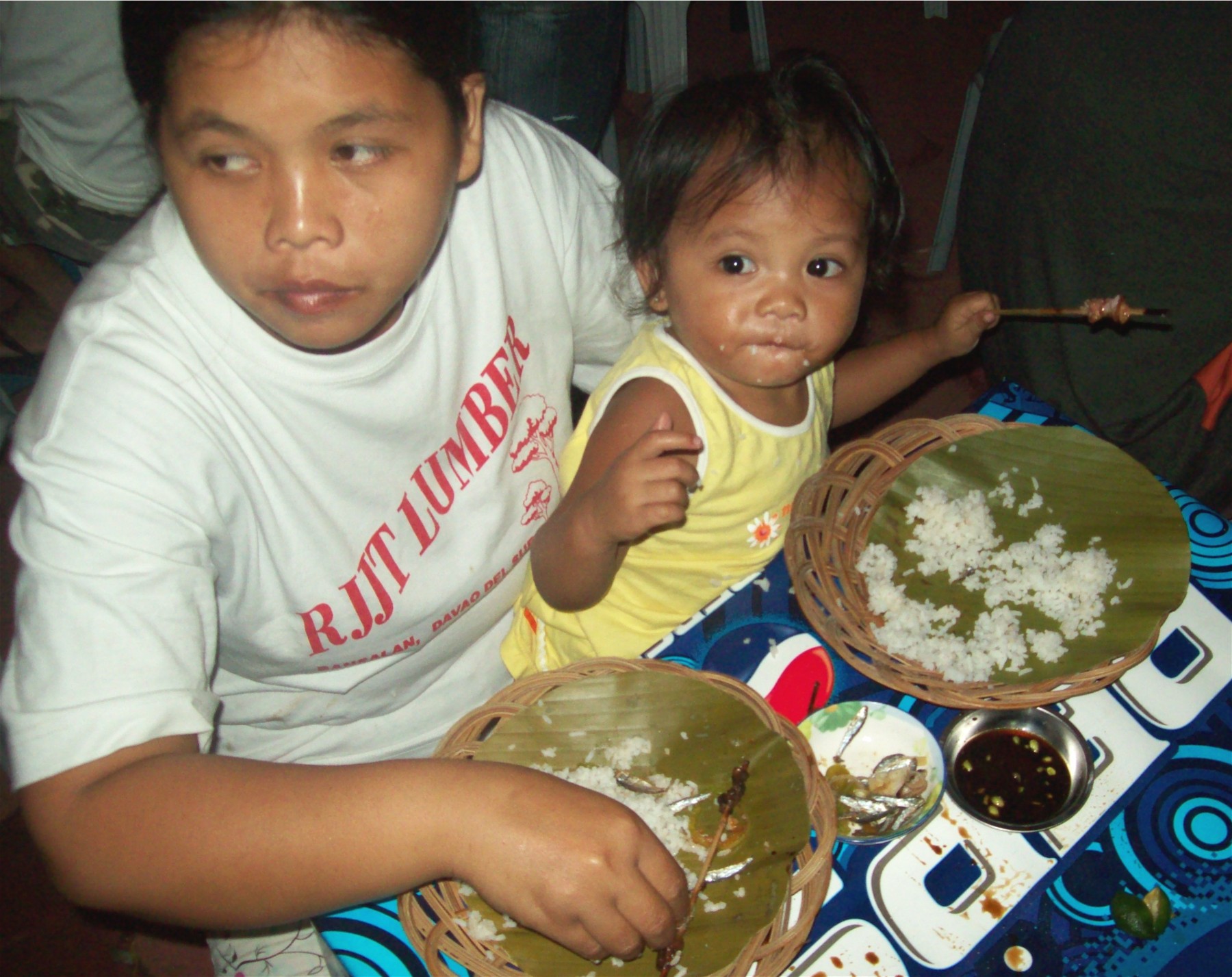 DAVAO CITY, Philippines—Every night, an average Filipino joins at least 3.7 billion other people who go to sleep hungry. Their hunger, however, is not the growling, aching kind. Rather, it is silent, insidiously stunting their bodies and brains, weakening their immune systems, and sapping their energy – and prospects for living productive lives.

Their hidden hunger is called malnutrition, which reportedly contributes to killing an estimated 40,000 people each day.

“We’re still losing one generation after another to malnutrition and this just shouldn’t be happening anymore,” deplored Dr. Howard Bouis, a senior research fellow at the Washington-based International Food Policy Research Institute.

Every year, the international community observes World Hunger Day on May 28.
“It is time for us all to redouble our efforts to reach the goal of zero hunger by prioritizing the battle against micronutrient deficiency,” urges Bev Postma, chief executive officer of HarvestPlus, an organization whose objective is to reduce hidden hunger and provide micronutrients to billions of people directly through the staple foods that they eat.

“If the international community pulls together this year to incorporate proven solutions such as biofortifying crops into the United Nations framework for sustainable development, we could reduce malnutrition on a truly global scale,” adds Postma, who has 25 years of experience as a policy expert in international food systems, nutrition and food security.

Previous UN-led efforts, including the Millennium Development Goals, and the current Sustainable Development Goals set targets for countries to lift themselves out of poverty and hunger. With the support of multiple UN initiatives and partners, the number of undernourished people in developing countries has decreased by nearly half since 1990.

You are what you eat, so goes a saying. “Access (to food) is crucial in reducing micronutrient deficiency because it has no visible signs, making the sufferer unaware of his condition. Since rice is a main component of the diet, more people, especially in the rural areas, will have an immediate and cheaper source of micronutrients,” says Dr. Antonio A. Alfonso, a recipient of the Outstanding Young Scientist Award in 2008.

In the Philippines, people consume about 4-5 cups of cooked rice per day. “If we did not have rice, our deepest comfort food, we would probably feel less Filipino,” said the late food epicure Doreen Fernandez.

Although rice is basically a complex carbohydrate, its protein contains all eight of the essential amino acids found in many other foods. Low in sodium and fat, with no cholesterol or gluten, it is a boon to weight worriers and those allergic in other grains. It is also low in fiber and easily digested. Eating one-half cup of cooked rice can furnish 82 calories of energy – enough to give person energy to walk 26 minutes.

Since rice is consumed in great amounts, the cereal is a good vehicle for fortification. According to the Food and Nutrition Research Institute (FNRI), food fortification is “the addition of one or more essential nutrients to a food, whether or not it is normally contained in the food, for the purpose of preventing or correcting a demonstrated deficiency in one or more nutrients in the population of specific population groups in which a risk of nutrient deficiency has been identified.”

One of the nutrients identified as lacking in Filipino diet is iron. “Iron is a mineral that is responsible in the production of hemoglobin, the red coloring of the blood,” FNRI, an attached agency of the Department of Science and Technology (DOST), explains. “Hemoglobin is the carrier of oxygen from the lungs to be distributed to the different parts of the body.”

A person who does not get enough iron from his diet will have a lower hemoglobin level. “If this condition is prolonged, one will be suffering from iron deficiency anemia or IDA,” FNRI warns.

IDA develops when body stores of iron drop too low to support normal red blood cell production. “In the Philippines, IDA is very serious across population groups,” FNRI says, adding it is most common among newly-born babies (from 6-11 months old) and pregnant women.

Among children, the consequences of IDA include poor scholastic performance due to poor cognition, low attention span, and frequent attacks of illness due to lowered immune response.

Low and poor productivity due to easy fatigability are what adults experience when they have IDA. Pregnant women with IDA, on the other hand, may suffer from stillbirths, miscarriages and hemorrhage, or worst, death of the baby.

In a recent National Nutrition Survey, it was found that the Philippines has national iron-deficiency prevalence rate of 11 percent. Another nutritional survey suggested that about 50% of the iron intake, even among high-income households, comes from the cereals, particularly rice and corn.

In 2004, the National Food Authority (NFA) fortified rice with iron. “NFA led the implementation of the law and has imported iron premix rice (IPR) fortified with ferrous sulfate using coating technology from the United States as no locally produced IPR was available at that time,” said a briefing paper on iron-fortified rice (IFR).

The IFR was distributed to already “identified nutritionally-at-risk areas” through Food for Schools Program. Unfortunately, the NFA fortified rice was less accepted by consumers due to the dark yellow-colored iron premix in rice and the darkening color of cooked rice. In 2010, NFA stopped the importation of IPR and is now committed to utilizing locally-produced IPR.

For its part, FNRI developed IPR made from rice flour blended with iron — with micronized dispersible ferric pyrophosphate as fortificant — using extrusion technology, which proved to be stable for one-year storage with iron content still retained.

In a study conducted among school children in a public school in Pasig, it was found that there was “a very significant decline in anemia prevalence from 100% to 33%.” The IFR was rated as “liked moderately” to “liked very much.”

Another study, done in the town of Orion, Bataan and the province of Zambales showed that IFR could be marketed under normal conditions by licensed grain dealers.

“The proven nutritional benefits of fortifying rice merits to be downloaded to the private mills making IFR available, affordable and accessible for consumption of all Filipinos to achieve food and nutrition security for higher productivity,” FNRI said in a statement.

For its part, HarvestPlus is batting for crop biofortification. “Growing more nutritious versions of everyday food crops is a simple, sustainable and cost-effective solution that does not place any undue burden on farmers,” Postma explains. “These biofortified crops are also widely accepted by consumers, as extensive research is done to ensure the crops look and taste similar to the traditional varieties.” -Henrylito tacio