Posted on June 3, 2017 by NewsLine Philippines 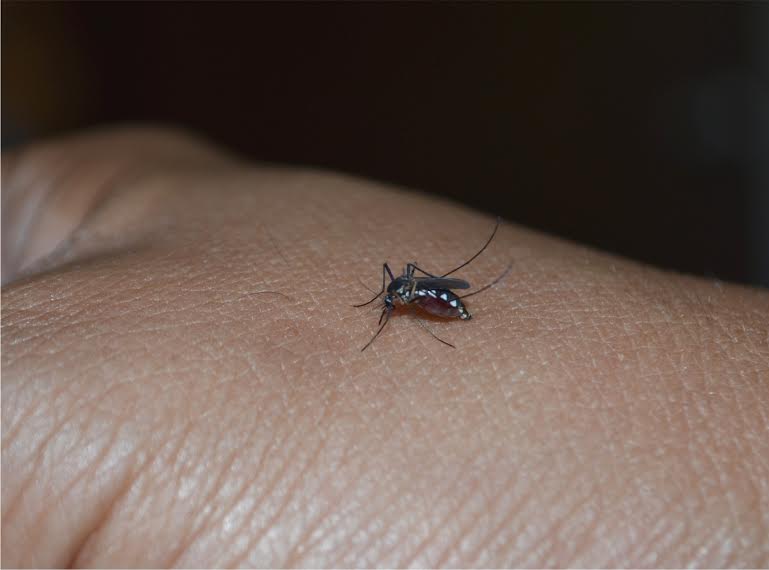 DAVAO CITY, Philippines—Watch out, dengue fever is back!

Yes, every Filipino must be very careful as death toll involving dengue cases is on the rise.

How dengue is acquired?

Dengue fever occurs following the bite of an infected mosquito Aedes aegypti. This type of mosquito has a peculiar white spotted body and legs and is easy to recognize even by laymen. It breeds in clean water and has a flight range of only 100-200 meters.

“Mosquitoes generally acquire the virus while feeding on the blood of an infected person,” the Geneva-based World Health Organization (WHO) explains. “After virus incubation for eight to 10 days, an infected mosquito is capable, during probing and blood feeding, of transmitting the virus for the rest of its life.”

Infected humans are the main carriers and multipliers of the virus, serving as a source of the virus for uninfected mosquitoes. “The virus circulates in the blood of infected humans for two to seven days, at approximately the same time that they have a fever; Aedes mosquitoes may acquire the virus when they feed on an individual during this period,” the WHO says.

Dengue does not spread directly from person to person. It is only spread through the bite of an infected mosquito. Unfortunately, there are four different but related strains of dengue virus. “If a person has suffered from one virus, there can be a repeat occurrence of dengue if a different strain is involved subsequently,” points out Dr. Dominic Garcia, an infectious disease specialist. “Being affected by one strain offers no protection against the others.”

Sensing that there was really something about her son, Sarah went to see another doctor, who diagnosed the boy of suffering from dengue hemorrhagic fever (DHF) and was in the deadlier stage, called dengue shock syndrome (DSS). He was immediately given two blood transfusions to correct the nose bleeding. After the bleeding stopped, he was on his recovery.

Some five percent of DHF cases are fatal; without proper treatment, the rate rises up to 15 percent. Most who die are children, but adults are at real risk too. “Dengue is a big problem among children because it is a major cause of illness and deaths,” says Dr. Lulu Bravo, professor at the University of the Philippine College of Medicine. However, “the risk of dying is higher among older children and early adolescent (5-14 years old).”

The danger of dengue fever is real. A study was conducted in Makati, wherein three cans filled with water were distributed to each household. After a week, the cans were collected and analyzed for mosquito eggs. Around 30-40 percent of all households were positive, which means that the day-biting mosquitoes were flying all around Metro Manila.

“But there’s no need to panic,” assures Dr. Willie T. Ong, an internist-cardiologist and was given the Outstanding Filipino Physician award in 2007 by the Department of Health, “because we have several ways to beat dengue.”

Dr. Ong is also an author of several health books. In How to Live Longer: Practical Health Tips from a Heart Doctor, he lists ten things to do to avoid being bitten by the dengue-carrying mosquitoes:

Clean up your backyard. Mosquitoes love to stay in dark and damp areas. So if your garage is littered with boxes and assorted garbage, clean them up or throw them away. Don’t let them become mosquito havens. Schedule a weekend clean-up day.

Empty those containers with stagnant water. The dengue-carrying mosquitoes breed in stagnant water. This means that flower pots, garbage cans, aquariums, unused swimming pools, tires and other piles are potential breeding grounds. So after the rains fill them with water, throw the water away. Next time, keep those containers closed and upside down. Flower vase water should be replaced weekly.

Check your surroundings regularly for stagnant water. Some ornamental plants leaves have this so-called “whorl” or cup-like shape that can hold water. They’re beautiful to behold but deadly in design. Turn them over and throw the water away. Upturned coconut shells are also notorious for holding water. Non-moving rivers, especially in squatter areas, are full of mosquito eggs.

Close your doors and windows. Some people open their doors in the morning for a whiff of fresh air. They also believe that mosquitoes would leave the house and go into the sunlight. Instead, keep those doors shut at all times. If it’s to stuffy, then place a screen door that keeps the flies and mosquitoes outside.

Spray insecticide regularly. To rid your house of mosquitoes, flies and cockroaches, spray insecticides every few days. Make sure you spray those dark corners, crevices, and cabinets. You’ll be amazed at the number of vermins you’ll find dead in the morning. Just make sure that household members are not exposed to the insecticide as they are not the target. Just spray selected rooms when people are not there.

Wear pants, pajamas, long sleeves, and socks. Mosquitoes are attracted to man’s breath and as you exhale they know how to reach you even in the dark. They also love bare, plump skin, especially the kids who don’t shoo them away and let them suck as much as they want. Parents should ask school authorities to allow their kids wear pants and rubber shoes when doing to school.

Apply insect-repellants. If your kids are going hiking, camping or off to school, you can apply insect-repellant like Off Lotion. Kids like to play outdoors and are prime targets of these mosquitoes. You can wipe the insect-repellant on selected areas of the clothing, like collars, sleeves and pants. Avoid applying lotion on their eyes, mouth, or hands.

Use mosquito nets. When sleeping whether during siesta time or at night, it’s better to use mosquito nets – especially if the house is not secured with screen windows and doors.

Exterminate those mosquitoes. When it comes to dengue, it’s either kill or be killed. Instruct everyone to kill as many mosquitoes as they can. Once you’ve got them trapped in your bathroom, show no mercy. Mosquitoes don’t belong to homes but forests.

Involve the whole community. The best way to defeat dengue is if the whole community is aware of the threat. Ask your community leaders to schedule a clean-up day. The danger is in those empty houses and lots, which are excellent breeding places for mosquitoes. Become a volunteer to monitor and clean up your surroundings.

“You’ll never know where dengue will strike next so better be prepared,” Dr. Ong points out. “Follow these ten simple rules and you may not only save your loved one’s life, but also your own. Fight dengue, now!” – Henrylito Tacio/Newsline.ph