World’s Press Calls for Renewed Solidarity in the Wake of Threats to Independent, Free Media in South Africa 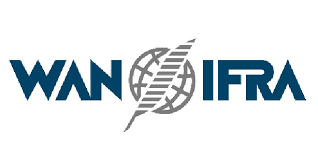 DURBAN, South Africa—The Board of the World Association of Newspapers and News Publishers (WAN-IFRA), meeting in Durban, South Africa on 7th June 2017 ahead of the 69th World News Media Congress, has called on the South African government to ensure an environment that better protects media freedom and the independence of journalists, notably in the face of proposed legislation that threatens a free press.

The Board drew attention to the Cybercrime Bill as an “assault on the right to digital privacy” and a threat to the protection of journalists’ sources, while it also supported on-going efforts to challenge the 2002 Regulation of Interception of Communications and Provision of Communication-related Information Act.

The Board of WAN-IFRA denounced the draft Prevention and Combating of Hate Crimes and Hate Speech Bill, which would criminalize “bringing contempt and ridicule” onto figures of authority, as well as the Film & Publication Board Amendment Bill, which broadens state power to censor content.

The Board also noted that the controversial Secrecy Bill could still be signed into law after Parliament recommended President Jacob Zuma give it his final approval, despite vigorous opposition from media and civil society groups.

WAN-IFRA has expressed its deep concern that the government is considering a range of measures “that will intimidate the press, promote self-censorship and silence criticism.” In order to address the shrinking space for independent journalism, WAN-IFRA has urged the South African authorities to adopt a more open, inclusive approach to dialogue and to work with media, legal and civil society organisations to craft legislation that seeks to enable, rather than restrict, a more positive environment for freedom of expression.

The full text of the resolution can be viewed here: http://www.wan-ifra.org/node/173941/

During its meeting in Durban, the WAN-IFRA Board also passed six other press freedom resolutions, calling on global solidarity for media facing extreme challenges in Botswana, Cameroon, Tanzania, Zambia, Mexico and Turkey.-WAN-IFRA/press release