Mindanao Railway Project 1 to start in 2018

Posted on June 9, 2017 by NewsLine Philippines 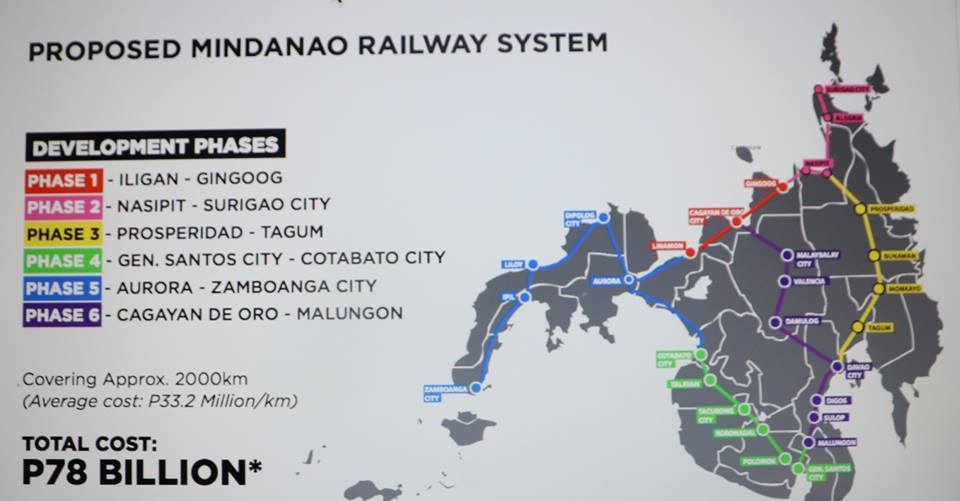 MANILA, Philippine— Travel time from Tagum City, Davao del Norte to Digos City, Davao del Sur is expected to be reduced from three and a half hours to more than an hour once the first phase of the 102-kilometer Mindanao Railway Project starts operating in 2022.

Construction on the Mindanao Railway Project- Tagum-Davao-Digos (MRP-TDD) segment will start by the third quarter of 2018 and is expected to be completed by 2022.

The construction of the railway line will cost around PHP36 billion that will be funded through the national budget.

“The PHP35.91 billion MRP-TDD will make travel time faster by two hours, with frequency of trips of up to six trains per hour,” Department of Transportation (DOTr) Undersecretary for Railways Cesar Chavez said in a statement.

The rail line will be built with a single track consisting of six five-car passenger trains with three spare cars, four locomotives and 15 freight cars.

The feasibility study of the project will be submitted to the National Economic Development Authority (NEDA) Board for its approval.