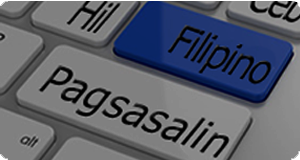 MANILA — Finetuning a Filipino spellchecker app, an exhibit of artifacts showing the evolution of the Filipino language, and refining initial translations of the Philippine Constitution in the past and present.

These were the most significant endeavors of the Komisyon sa Wikang Filipino to promote the Philippines’ national language in 2017.

“It’s our mandate to promote Filipino, as using this language will help facilitate learning and communication, which are essential in further moving the country forward,” said the government agency’s education and networking chief, John Enrico Torralba.

Torralba said using the Filipino language is essential in establishing Filipinos’ identity as a people.

“As Filipinos, we must be proud of our language,” he said.

Torralba said KWF commenced testing in 2017 the prototype of a software for helping address misspelling of words in Filipino.

“We’re looking at how to further improve that spellchecker software,” he said.

According to KWF language researcher Jeslie del Ayre, who is involved in the project, KWF’s first spellchecker software will operate much like Microsoft Word’s own by alerting people to wrong spelling of Filipino words they type on computers.

The software, she adds, is based on KWF’s orthographic rules for the Filipino language.

KWF targets launching the software in 2018, she said.

The software’s focus is on spelling, but KWF may eventually explore more ways to further enable people to correctly read and write in Filipino, she noted.

The exhibit aimed to raise the public’s knowledge and appreciation of the Filipino language.

“Items in that exhibit are from various periods and have text in Tagalog, the local language forming a significant part of Filipino,” said KWF senior language researcher Dr. Jose Evie Duclay.

Duclay said the National Museum of the Philippines provided KWF reproductions of the artifacts Ticao tablet, Laguna copper plate, and Calatagan pot for the exhibit.

He said other items were also sourced from various government agencies and the private sector.

Also in October, the KWF led a forum that sought to generate fresh inputs to help the agency further refine its initial translations of the 1935, 1973, and 1987 Philippine Constitutions.

Such inputs would likewise help guide KWF in translating other laws, Torralba said.

He said the agency might conduct further consultations for it to come up with the most accurate translations possible.

“The Constitutions were originally written in English but different translations of these can generate various interpretations,” he said.

He said having official translations in Filipino and other regional languages nationwide would help minimize misinterpretation of the Constitutions’ provisions.

“This Constitution shall be promulgated in Filipino and English and shall be translated into major regional languages, Arabic, and Spanish,” the 1987 Constitution reads.

The congress highlighted the use of Filipino in intellectual discourse, demonstrating the language’s versatility.

“Filipino isn’t just for daily conversation but can be used in research and various disciplines,” said Torralba.

He said it was the first time the KWF used Filipino in discussing presented studies.

The KWF saw no problem with that, despite having participants from abroad, Torralba said.

The participants conducted Philippine studies and understand Filipino, he noted.

Torralba is optimistic that the academic forum will inspire its participants to increasingly use Filipino at work, in the academe, and their homes.