FOI Passage: A step in the right direction 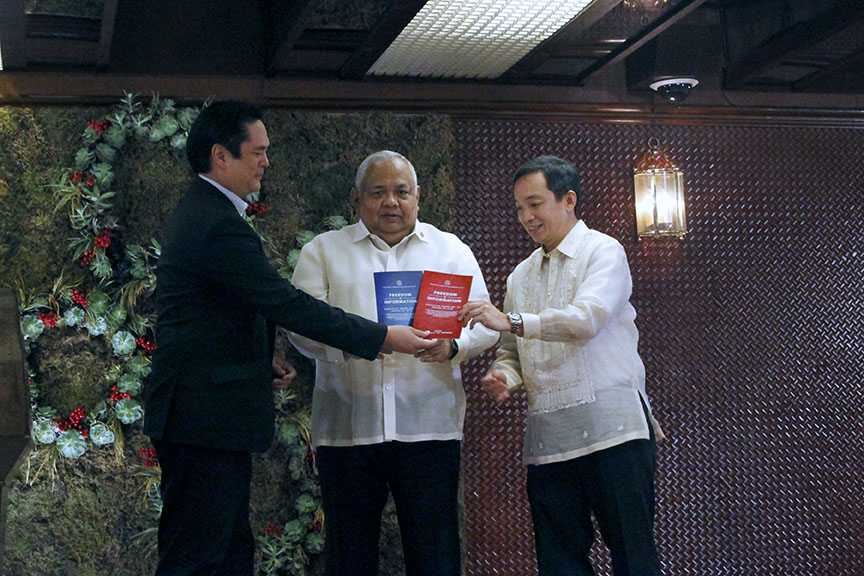 The Duterte administration fulfilled yet another milestone. Presidential Communications Secretary Martin Andanar formally introduced the People’s Freedom of Information (FOI) Manual in a ceremony held at the Heroes Hall in Malacañan on November 25, 2016.

A mere campaign promise by past administrations, the FOI program had been accomplished in just a matter of weeks by the Duterte administration.

“For this, we would like to congratulate all agencies that have worked to implement the Freedom of Information. The average time to implement the FOI program is one year for some developed countries. Our agencies were asked to prepare the People’s FOI Manual in 120 days,” Andanar said whose office, the Presidential Communications Operations Office (PCOO), oversees the implementation and operationalization of the FOI program.

The FOI is the government’s response to the call for full public disclosure of information. The Executive Branch is at the forefront in responding to the public clamor for transparency in the meanwhile that the Senate and House of Representatives are working on enacting the FOI into law.

The FOI mechanism for the Executive Branch is empowered via Executive Order (EO) No. 2 signed by President Rodrigo Duterte on July 23, 2016.

“The Duterte Administration deems EO No.2 as a way to resolve problems. It is not a way to lure support or a window dressing to the growing corruption problem in the country. FOI has been established because the government seeks real change,” Andanar explained.

The eFOI serves as an added service meant to harmonize open data to lessen frontline workloads and request turnaround time. Again, the Philippines is ahead of other developed countries in rolling out an electronic platform of the FOI, Ablan said.

The future of FOI will depend not only upon the government, but also upon the people who use it. “It is the duty of citizens to maximize the right to information to check on their government,” the Communications chief said.

“This is a triumphant day for the nation, yet we have a long way to go, to create a system in which information is easily access from the government without detriments or inefficiencies,” Andanar added.

“But today is the day we take the first few steps in the right direction,” Andanar concluded.(MARO)