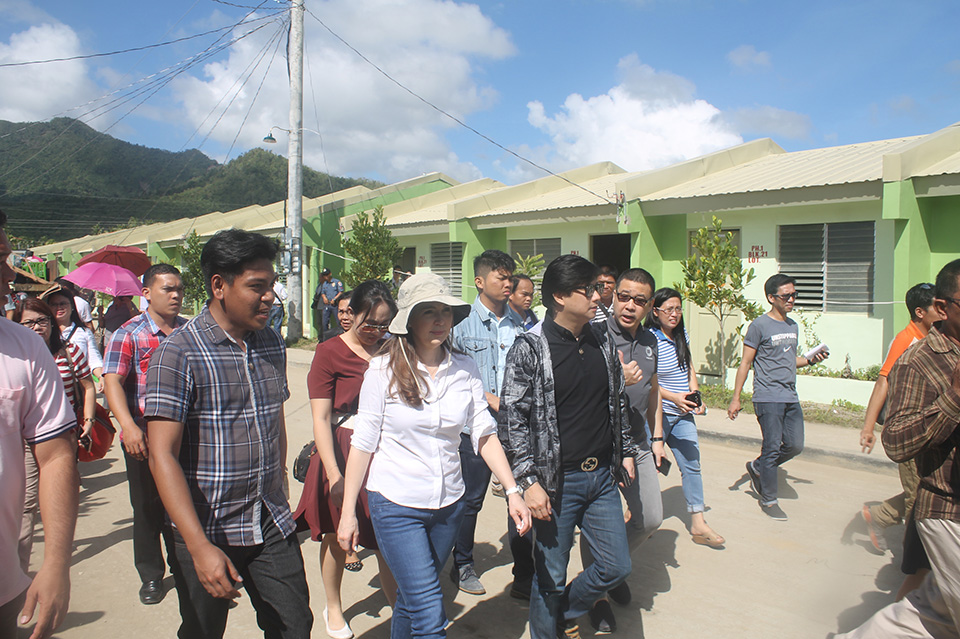 Two hundred eighty families received an early Christmas gift as Presidential Assistant for the Visayas Michael Dino led the completion of all Yolanda resettlement sites so that typhoon victims could be transferred before Christmas.

“The problem besetting the Yolanda resettlement in three years is solved in just 18 days after President Duterte’s ‘tapang and malasakit’ to the Yolanda victims made him to issue presidential directives to finish it without delay,” Dino said who mobilized Task Force Bulig for the project.

Around 8,000 beneficiary-families shall be transferred to permanent houses in 17 relocation sites north of Tacloban. The Task Force has expected a daily transfer of settlers until the last family-beneficiary will be in their new home by the end of the year.

The seemingly rapid transfer has been made possible through a convergence of government, military, and private entities.

“This does not end here as tomorrow is another day for relocating. We are moving them little by little every day for safety purposes.

There is much work to be done. but we are thankful for the help of the various line agencies, the Tacloban LGU, and 53rd Engineering Brigade of the AFP Central Command,” Dino pointed out.

PA Dino and Tacloban City Mayor Cristina Gonzales-Romualdez, along with other officials, toured the site and inspected the housing units, including the power and water utilities.

“What we really want is to have a livable and sustainablecommunity”, Dino said, urging all agencies concerned to sustain the enthusiasm,amplify the efficiency further, and keep true to commitments in completing the permanent housing sites.