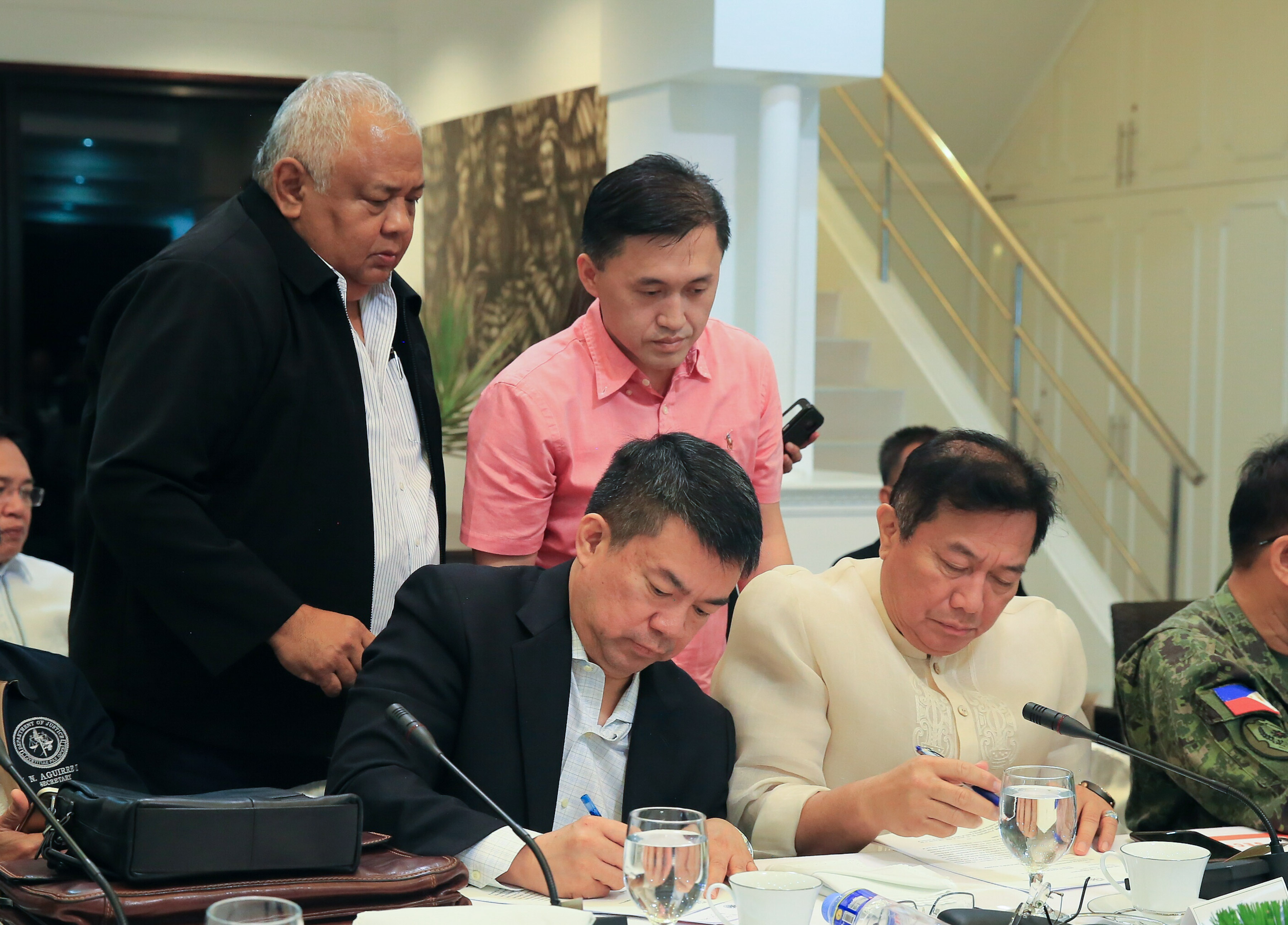 The senators believe the declaration was within the bounds of the Constitution and in accordance with the law.

On May 23, President Rodrigo Duterte declared martial and the suspension of the Writ of Habeas Corpus in the entire Mindanao island following the Marawi siege.

The Senators believe it is necessary to resolve the Marawi crisis.

But Senators Grace Poe and Francis Escudero did not sign the resolution.

It approving the resolution it states “Now, therefore, be it resolved, as it is hereby resolved, by way of the sense of the Senate that the Senate finds the issuance of Proclamation No, 216 to be satisfactory, constitutional and in accordance with the law.”

Among the reasons cited by the president in his report is the “series of violent acts committed by the Maute terrorist group, such as the attack on the military outpost in Butig, Lanao Del Sur in February 2016,” the resolution said.

“The said attack resulted in the killing and wounding of several soldiers and the mass jailbreak in Marawi City in August 2016 which freed and arrested comrades of the terrorist group and other detainees.”

The resolution also cited Maute group’s takeover of a hospital in Marawi City, burning of certain government and private facilities and wounding of government troops last May 23.

“The Senate hereby supports fully Proclamation No. 216 and finds no compelling reason to revoke the same,” it further said./Newsline.ph