Posted on June 29, 2017 by NewsLine Philippines 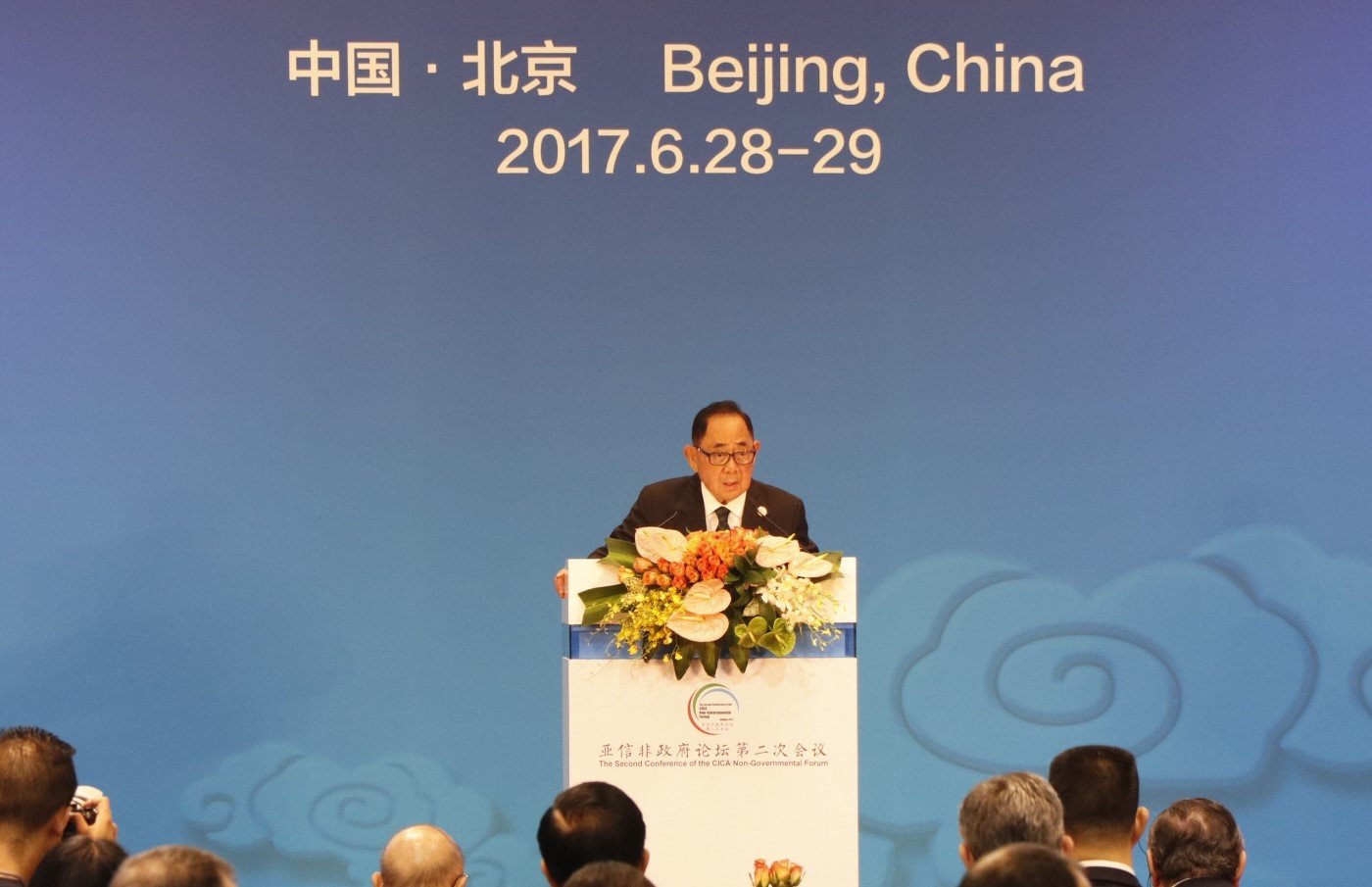 “The disagreement in the South China Sea with conflicting sovereignty claims, may be settled, we believe, by temporarily shelving the issue of sovereignty,” De Venecia said his speech during last Wednesday’s 2nd Conference on Interaction and Confidence Building Measures in Asia (CICA) Non-government Forum here.

De Venecia, now chairman of the International Conference of Asian Political Parties (ICAPP) standing committee, said the joint exploration and development of the South China Sea has been proposed in 2005 to no avail.

He also suggested the revival of three-nation Seismic Agreement that was signed and undertaken by Manila, Beijing and Hanoi in 2005 and 2006.

“Its aims was to assess the potential in the dispute areas for hydrocarbons explorations and development,” the 80-year-old former lawmaker said.

During last month’s Belt and Road Forum for International Cooperation in Beijing, De Venecia said that from area of conflict, South China Sea could be transformed into a seascape of small seaports, airports and oil pipelines.

“Fishing villages and small tourism townships could rapidly rise in the contested areas once converted into a zone of friendship, commerce, navigation and development, and become the passage way, untrammeled, for global shipping, carrying more than 50 percent of the sea freight in the world,” he said.

De Venecia said his proposal is the most realistic, most commonsensical solution to the territorial disputes in the South China Sea.

He also said member states of the Association of Southeast Asian Nation (ASEAN) together with China “must find ways and means to jointly develop the area’s hydrocarbons potential to help lessen our common dependence on distance petroleum sources in the Middle East.”

“Imagine the potential for peace in the heartland of the South China Sea if we undertake a joint development of its resources,” he commented.

President Duterte’s decision had resulted in the renewed China-Philippines relations highlighted by the President’s two visits in Beijing in October last year and in May this year upon invitation of Chinese President Xi Jinping.

Last month, the Philippines and China held the 1st Meeting on the Bilateral Consultation Mechanism on the South China Sea in Guiyang. The next meeting will be held in Manila later this year.-Jelly F. Musico  (PNA)