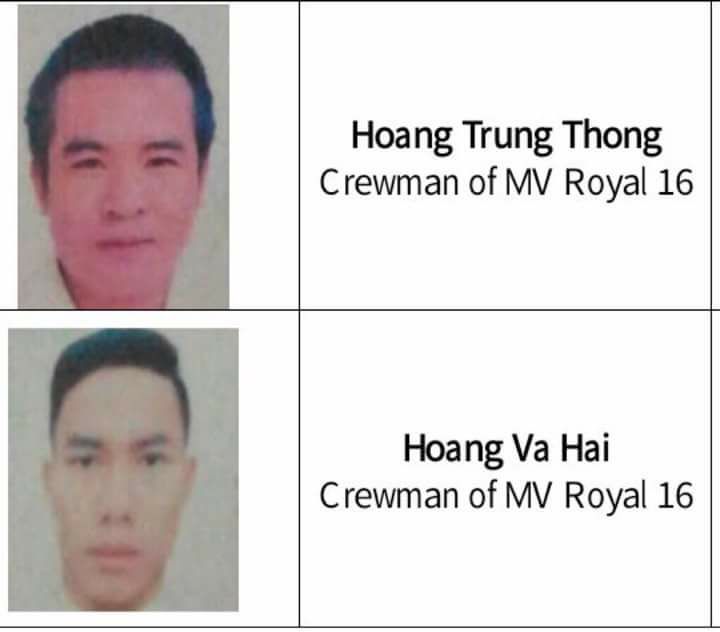 MANILA, July 5 — The Armed Forces of the Philippines (AFP) on Wednesday said the beheading of two Vietnamese hostages by the Abu Sayyaf is a propaganda ploy by the terrorist group to project strength amid heightened military operations that “tremendously degraded their capacity.”
“This (beheading) is a show of force although they are not that strong anymore. In short, it is propaganda,” said AFP Spokesman Brig. Gen. Restituto Padilla Jr. at the Mindanao Hour press briefing in Malacañang.
Earlier, the military confirmed that the Abu Sayyaf group (ASG) had beheaded two Vietnamese nationals that they have held hostage for almost eight months.
The Western Mindanao Command (Wesmincom) identified the victims as Hoang Thong and Hoang Va Hai, two of six crew members of a ship kidnapped by the ASG in waters off Basilan in November last year.
The military said that residents found their bodies in Barangay Tumahubong in Sumisip town at around 5:40 a.m. Wednesday.

Two cadavers left by unkown perpetrators were found by members of the local community of Brgy Tumahubong, Sumisip, Basilan Province. The bodies, both decapitated, were identified as Hoang Thong and Hoang Va Hai, both among the 6 kidnapped crew members of the MV Royal16 Vietnamese cargo vessel, who were forcibly taken last November 11, 2016 at the seawaters southeast of Sibago Island, Basilan Province. “The bodies were found at 5:40 in the morning by a member of the local populace,” says Colonel Juvymax Uy, the Commander of the Joint Task Force Basilan. “The cadavers will be made to undergo forensic exams as coordination with the Vietnamese embassy is also simultaneously done.”“We grieve as we strongly condemn the barbaric beheading of another kidnap victims in Basilan Province. For months now, many sectors in the society, including the Armed Forces of the Philippines and the PNP exhausted all efforts to rescue these kidnap victims who are still in the hands of the ASG,” says Lieutenant General Carlito G Galvez, Jr. “WestMinCom commiserates with the bereaved family and friends of the slain victims. In no way does the Abu Sayyaf Group represent our Muslim brothers who are true followers of the Islam.” Six (6) crew members of the said vessel were abducted November of last year namely: Pham Minh Tuan; Do Trung Hieu; Hoang Vo; Tran Khac Dung; Hoang Trung Thong; and Hoang Va Hai.It can be recalled that on June 2017, operating troops of JTF Basilan while conducting combat operations rescued Vietnamese kidnapped victim Hoang Vo, 28 years old at vicinity So Kumonal, Sampinit Complex, Sumisip. Three (3) other kidnao victims are subject of an  intensive  rescue operations conducted by the troops of Basilan.

Padilla said the ASG killed the hostages because the bandit group could not cash in on them due to the government’s no-ransom policy.
“But just the same, the pressure that the ASG is experiencing, particularly the group of Furiji Indama in the island of Basilan from the forces that we have there is a positive indication that their forces are almost spent,” he said.
“The many months that we have not heard of any abductions in the seas around Zamboanga, Jolo, Tawi-Tawi area is an indication that their capacity to perform or do these criminal activities has been degraded tremendously. And we would like to keep it that way,” Padilla said.
After arresting the series of abductions, the military official said the objective of the AFP in the area are now two-fold.
“One is to continue the focused military operations to continuously degrade and reduce the number of armed groups in Basilan, Jolo, Tawi-Tawi and nearby areas.
The other is to continue improving relations with the community to remove local support for the ASG,” Padilla said.
He said the second objective is important since the ASG distribute part of the ransom they receive to the local community ala Robin Hood.
“So the loyalty of the populace and the residents in the area is always bought because of this.
And now that they have seen that this is not sustainable and this is not the right thing to do, we have been getting a lot of information regarding whereabouts of armed men,” he said.
“The change of mindset of our residents in the area coupled with the fact that the number of increasing members of ASG surrendering is proof that our relationship with the community is bearing fruit,” Padilla said.
According to the Wesmincom, 97 Abu Sayyaf members were killed in military operations in Western Mindanao, where the group is largely based, since the start of the year. In the same period, 67 others were arrested while 98 have surrendered. -Richard Falcatan with reports from PNA
Be informed
Top Stories