Posted on July 14, 2017 by NewsLine Philippines 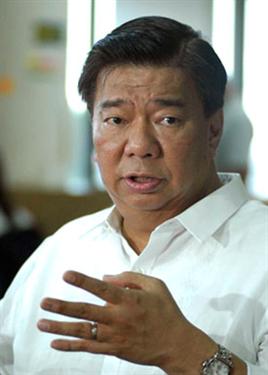 MANILA, Philippines — The House of Representatives  must hasten the passage of the bill which will pave the way for the national ID system.

Senate Minority leader  Franklin Drilon  in a press statement Friday reiterated the call for the issuance of a national ID  as Malacanang rejected the proposal of certain provinces in Central Luzon  to issue  IDs (identification) to Muslims in their area of operations.

Drilon said the Congress should prioritize the passage of the Bill “I call on the leadership of the Senate and the House of Representatives to speed up work on the proposed national ID system”.

Drilon, author of Senate Bill No. 15 titled “An Act Establishing the Philippine Identification System,” pointed out that the measure is already a priority measure of the 17th Congress.

As it is now, the bill is pending at the Committee on Justice and Human Rights chaired by  Sen. Richard Gordon.

“The bill aims to consolidate all existing government-initiated identification systems into an integrated and efficient identification system for citizens of the Philippines in order to help improve and speed up the delivery of public services in the country,” Drilon said.

Drilon pointed out that the national ID system could make quick and accurate the identification of individuals seeking basic services from the government.

It can also help prevent fraudulent transactions as it contains ample safeguards against unlawful disclosure of information, as no person or entity – including state enforcement agencies may publish or spread anyone’s data in the ID system, except when the owner expressly consents, or in case of an accident.

He said that if enacted into law, a Common Reference Number (CRN) will be given to all Filipinos containing essential information such as full name, address, date and place of birth, sex, civil status, signature, CRN and date of card issuance, along with a recent photo.

A provision in the bill provides that any registered individual would only need to present a Filipino ID Card for identification purposes in all government transactions, especially those requiring the disclosure of identity, status, birth and other personal details.

Moreover, the ID will also be honored when transacting with certain private institutions.

As for Filipinos living and working abroad, Drilon said that they can register at embassy or consular offices in their countries of location to get their assigned CRN.

As proposed, the  application for the ID system shall be free of charge.

“Such a law is necessary for efficient and fast delivery of public services in the country,” Drilon said. (ANP/PNA)