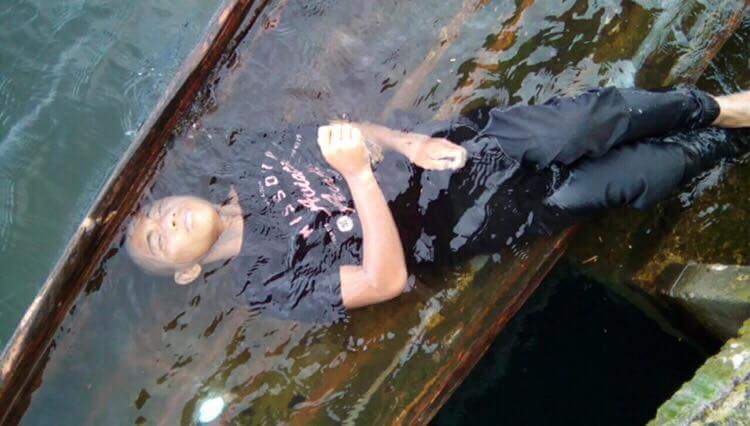 The Western Mindanao Command in a press statement said the military led by  Lt. Junior Grade Sincero were patrolling lake Lanao  they spotted a banca boarded by two individuals speedily heading towards the main battle area of Marawi City at about 10 in the evening.

The troop tried to come closer to the banca to determine the identities of the passengers but  the two men aboard the banca shot at the government troops which resulted to a firefight.

One of the persons aboard the banca fell into the water after being hit by a Caliber .50 machine gun.

After the firefight, the patrol team inspected the banca and recovered several ammunition.

The military has yet to establish the  identities of the slain individuals.

The local terror group attempted to establish a seat of power in Marawi City for their planned establishment of a Daesh wilayat or province covering the entire Mindanao.