Posted on September 9, 2017 by NewsLine Philippines 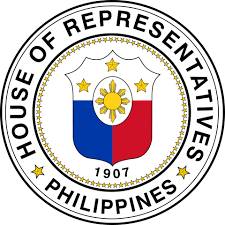 MANILA, Philippines — The House of Representatives on Friday approved on final reading a measure seeking to create a national identification (ID) system that will streamline, integrate and simplify public and private transactions in the country.

The approval of House Bill 6221  was supported by the 142 Representatives, seven voted in the negative with one abstention.

The  House Bill 6221 or known as an Act Establishing the Filipino Identification System (FilSys).

This bill is included in the common legislative agenda of Malacañang and Congress.

House Committee on Population and Family Relations chair, Sol Aragones, sponsor of the bill, enumerated the advantages of FilSys, including the simplified processes in public services, reduction of redundancy and delay in government services and transactions, elimination of multiple government identification system, and reduction in administrative costs and expenses.

Pending the issuance of the unified ID system, many local government units endeavored to make their of DID system which they call Barangay ID which is signed by the village chief.

Should the National ID system be adopted and fully implemented it can benefit 100 million Filipinos and Filipinos yet unborn,” Aragones said.

Under the bill, all Filipinos, 18 years old and above, both in the Philippines and abroad, are required to register under the FilSys.

They will be issued a non-transferrable Filipino ID card with the corresponding Common Reference Number (CRN) which will be permanent.

The Filipino ID card may be used in all government transactions including applications for passport, driver’s license, availment of services and benefits offered by insurance institutions, clearances from the courts, prosecutor and the police, and other transactions requiring proof of identification.

The initial application and issuance of the Filipino ID card shall be free of charge as part of the government’s social service responsibility. A replacement fee shall be paid by the cardholder.

The Philippine Statistics Authority (PSA) will manage the implementation of the system including its database in cooperation with the Department of Information and Communications Technology (DICT) and National Privacy Commission (NPC).

The bill also provides safeguards against unlawful disclosure of information or records under the FilSys and ensures the protection of data contained in the card, the smart chip, and the FilSys database.

The proposed law penalizes a person who uses fraudulent information in the FilSys as well as discloses any information on the system without any authority.- EZC with reports from Filane Mikee Cervantes/PNA