Palace vows to cooperate with Senate on SALN probe 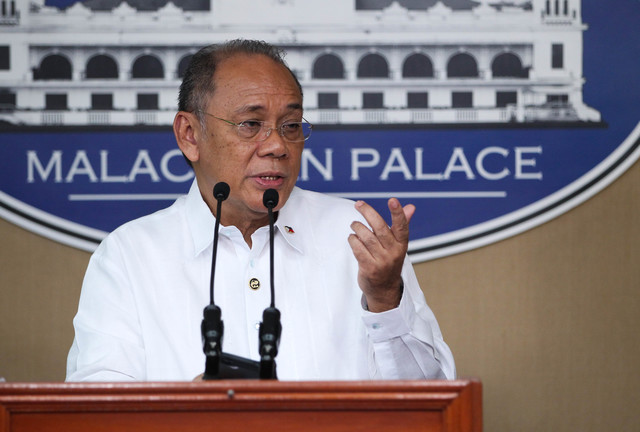 MANILA, Philippines —  Malacañang on Wednesday said that it would cooperate with the Senate should it decide to investigate the redactions made by certain Cabinet officials in their December 2016 Statements of Assets, Liabilities and Net Worth (SALNs).

“The Executive (Department) would cooperate and would attend the investigation on SALNs, if and once called by the Senate,” Presidential Spokesperson Ernesto Abella said in a statement.

“Meanwhile, we reiterate that there were no violations committed related to the release of SALNs of some Cabinet members,” he added.

The Palace issued the statement following the filing of Senate Resolution No. 514 on Monday by Senator Antonio Trillanes IV.

The resolution was filed following a report of the Philippine Center for Investigative Journalism (PCIJ), which said that some details were blacked out in the December 2016 SALNs of several Cabinet members.

Among the redactions include the acquisition costs of personal properties or the exact locations of real properties.

Senate Resolution No. 514 directs the Senate Committee on Civil Service, Government Reorganization and Professional Regulation, which Trillanes chairs, to investigate the SALN redactions.

Malacañang earlier said it would no longer redact information on acquisition costs and data pertaining to assets and net worth of Cabinet officials in the future.

In a Palace briefing Tuesday, Abella told reporters that they will give the full SALN if needed.–Jose Cielito Reganit/PNA