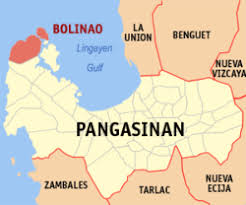 MANILA, Philippines —  The Armed Forces of the Philippines (AFP) on Wednesday announced that the captain of the BRP Miguel Malvar (PS-19) has been relieved of his command while the rest of his crew are placed on restrictive custody following the death of two Vietnamese fishermen off Bolinao, Pangasinan last Sept. 23.

“To ensure that such kind of an inquiry will be attained, (Philippine Navy flag-officer-in-command) Vice Admiral (Ronald Joseph) Mercado has ordered the relief of the ship captain while the rest of his crew were on restrictive custody aboard the Navy ship to make them available for the duration of the investigation; and commissioned third party investigators like the Philippine National Police and the Philippine Coast Guard to do an independent inquiry,” AFP public affairs office chief Col. Edgard Arevalo said Wednesday.

An internal investigation is also being conducted on the matter, he added.

“All hitherto statements and issuances we are yielding to the DFA (Department of Foreign Affairs) who will be furnished with appropriate reports. The updates shall be communicated to its counterpart in the Republic of Vietnam,” Arevalo stressed.

The encounter between the Filipino patrol craft and Vietnamese ship took place 1 am., 34 nautical miles off Bolinao, Pangasinan.

Initial reports reaching AFP headquarters in Camp Aguinaldo, Quezon City indicated that two Vietnamese fishermen were found dead in their vessel during the visit, board, search and seizure (VBSS) procedure done by PN personnel on the Vietnamese ship.

Before the procedure, the Navy ship gave chase to the fishing vessel that was spotted along with five other vessels illegally fishing near Bolinao, Pangasinan.-Priam Nepomucino/PNA