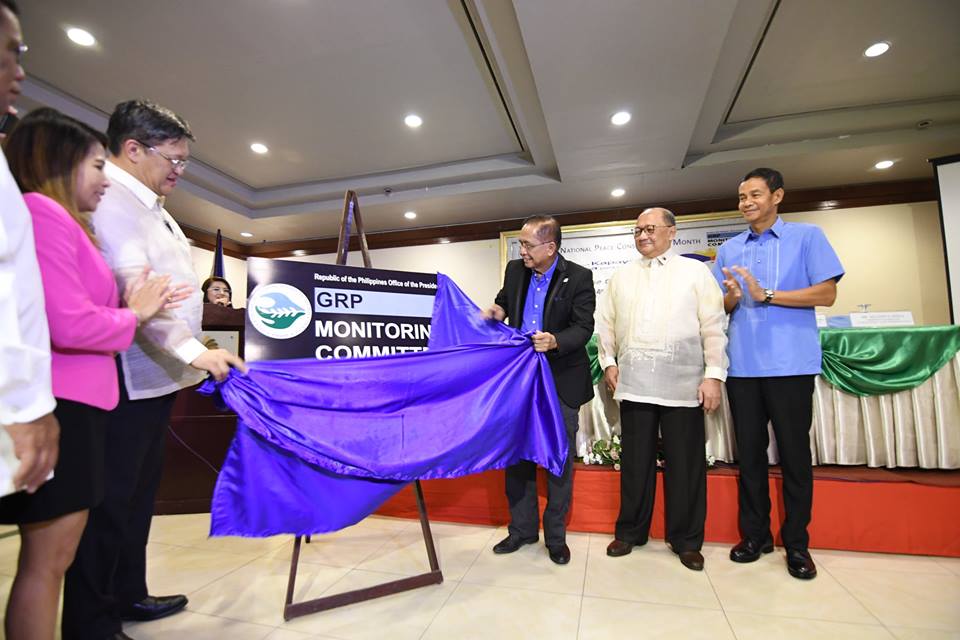 The monitoring station  will receive and record complaints of non-compliance to the Comprehensive Agreement on Respect for Human rights and International Humanitarian Law (CARHRIHL).

All complaints of CAHRIHL violations will be received by the monitoring station and endorsed these to the GRP Monitoring Committee (GRP-MC).

Other monitoring stations will also be established by the GRP in conflict areas.

GRP chair Secretary Silvestre Bello III said the establishment of the Monitoring Station underscores the government’s commitment to abide by its duties and responsibilities in the pursuit for lasting peace in the country.

Though the talks is still on hold, Bello sais the establishment of the station shows the willingness of President Rodrigo Duterte to go the extra mile despite the serious difficulties facing the peace process.

“We have brought the GRP-MC closer to the conflict hotspot in the country, thereby enabling it to be readily accessible and responsive to the people sought to be served by the enforcement of CARHRIHL,” Bello said.

The establishment of monitoring stations in key conflict-affected areas is part of CAHRIHL signed in March 1998 and supplemental guidelines signed by the GRP and NDF panels in Rome, Italy last January on the full operation of the Joint Monitoring Committee (JMC) under CARHRIHL.

The JMC is tasked to monitor compliance of the CARHRIHL, including the receipt of human rights or humanitarian law violations committed by the GRP or by the NDFP.

The signing of the supplemental guidelines by Bello and NDF Chair Fidel Agcaoili, was a significant move under the Duterte administration after the first draft crafted in 2004 was not signed when the peace negotiations bogged down in 2011.

The supplemental guidelines is a set of mechanisms on how to address complaints of violation by the government forces and the armed wing of the NDF – the New People’s Army (NPA).

The supplemental guidelines are issued pursuant to the Operational Guidelines for the JMC issued on 14 February 2004, in Oslo, Norway by the GRP and NDFP peace negotiators.

The adoption of the guidelines is a realization of CARHRIHL, which is one of the four substantive agenda of the negotiations that will comprise the final peace agreement.

The other three remaining substantive agenda are socio-economic reforms, political and constitutional reforms, and end of hostilities and disposition of forces.

The supplemental guidelines included provisions on how to file and deal with complaints and details the roles of the receivers of the complaints, the joint secretariat and third party facilitator. -Lilian Mellejor/PNA