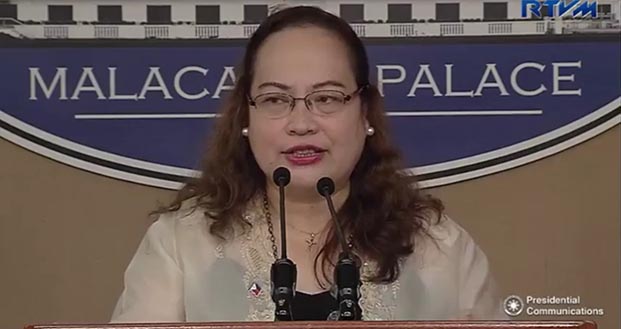 DAVAO CITY, Philippines — Some medical practitioners in Davao City were disappointed with the rejection of the appointment of Department of Health (DOH) Secretary Pauline Jean Ubial.

Dr. Mae Concepcion J. Dolendo, program director of the House of Hope Foundation for Kids with Cancer Inc. said that the decision of the members of the Commission on Appointments (CA) was very disappointing. “What kind of Health Secretary do they want? What is really happening in the CA?” Dolendo said.

The outgoing health secretary is the fifth member of the cabinet of President Rodrigo R. Duterte who was rejected by the CA. “This is sad for all healthcare workers. If the CA could reject someone who is very qualified, hardworking and competent for the position, then it makes us question the process,” she added.

Davao City Council committee on health chairperson Councilor Mary Joselle D. Villafuerte said Ubial has done her best to be a good DOH Secretary. “However, the constitution requires that she undergo CA confirmation. We respect the decision of the CA,” she added.

Villafuerte said that Ubial’s leadership in DOH helped the city in many of its health programs. Despite the unfortunate incident, the city will still continue to work with DOH and its leaders, she added.

On October 10, Senate President Aquilino Pimentel III said that there were no objections to the motion to disapprove the ad interim appointment of Ubial as Health Secretary. Senator Gringo Honasan, chair of the CA committee on health, said that the committee reached “a difficult decision” after scrutinizing voluminous documents and hearing the testimonies of the appointee and the oppositors.

During the third and last hearing on her confirmation, two new oppositors against Ubial emerged, namely former PhilHealth officer-in-charge Dr. Hildegardes Dineros and a certain Ma. Fe Francisco. Dr. Ubial was not present when the decision on her confirmation was announced.-Armando B. Fenequito/Newsline.ph