Posted on October 20, 2017 by NewsLine Philippines 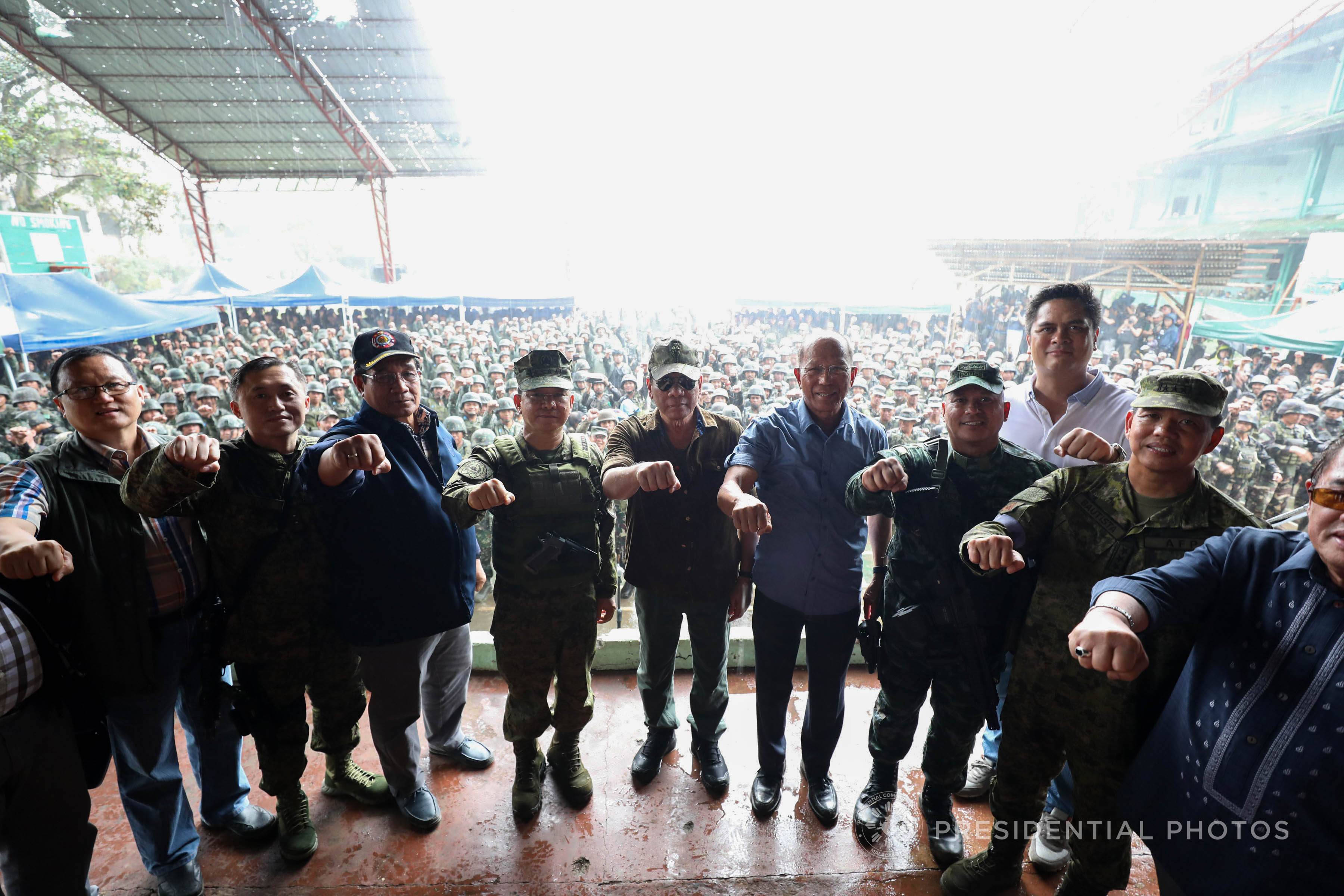 DAVAO CITY, Philippines — The Armed Forces of the Philippines (AFP) will not recommend the lifting of the Martial Law in Mindanao despite its success in killing the two leaders of the Maue Group in Marawi City.

AFP chief-of-staff Gen. Eduardo Año said even if the crisis in Marawi City is already finished, there are still terror threats in other places in the island region that need to be addressed.  “Meron pang mga threats dito na kailangan pang tapusin katulad ng Basilan at Sulu pati na rin Maguindanao, yan ay ang susunod na step na ating gagawin (There are still threat that need to be done such as in Basilan, Sulu and Maguindanao and that is our next step to be done),” he said.

Año said the troops deployed in Marawi City during the siege will be brought to these places for them to address the threats.  “Pagpupursigihan natin na masupil ang mga terrorists sa mga lugar na iyon(We will do our best to eradicate the terrorists in those areas),” he added.

The lifting of Martial Law will be on the discretion of President Rodrigo R. Duterte.  The AFP can only recommend to lift the Martial Law only in some areas.  “Magkakaroon pa tayo ng assessment (We will still have an assessment),” he said.

After the Marawi crisis, the AFP will focus on eradicating the New People’s Army (NPA).   Año bared that the 8,000 new recruits for the Philippine Army will be completed by November this year.  Majority will be deployed in Mindanao.

“By Janauary, additional 5,000 troops will be recruited sapagkat gusto natin mangyari na sa katapusan ng 2018, wala ng CPP-NPA sa buong Pilipinas (We want to eradicate the CPP-NPA in the whole country by the end of 2018),” he said.-Armando B. Fenequito Jr./Newsline.ph