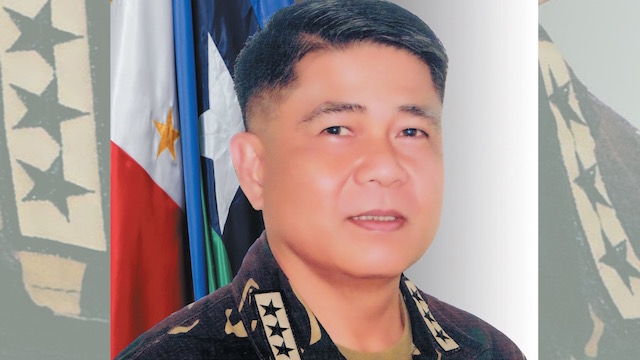 MANILA, Philippines —  Newly-appointed Armed Forces of the Philippines (AFP) chief-of-staff, Gen. Rey Leonardo Guerrero, on Thursday vowed to neutralize all the remaining security threats in the country during his term.

Guerrero replaced Año who is due to retire on October 26. He will be serving the AFP until December as he is due for retirement. But it is not clear yet if President Rodrigo Duterte will extend his term of office.

“A soldier’s life is defined largely by the service he renders, his fidelity to the flag, and his unwavering dedication to security and peace. All these I adhere to. All these I pledge as I take on the challenge of leading the Armed Forces of the Philippines as the 49th Chief-of-Staff,” he said.

Guerrero also expressed his gratitude to President Rodrigo Duterte for selecting him as the next AFP chief.

“As the 49th Chief-of-Staff, President Duterte, Sir, my gratitude knows no bounds and I believe that the best way for me to show to you and to our countrymen my gratitude is to serve my country with selfless dedication and to lead the AFP with purpose. This is my pledge, this is my covenant,” he added.

Guerrero said he is determined to finish off the remaining terrorist groups, neutralize the communist insurgency threat, and support law enforcement agencies in their campaign against lawless armed groups.

“Our Commander-in-Chief gave his marching orders to those who came before me, and like those before me, I intend to use the might of the AFP to make this a reality. The perseverance, sacrifices and hard work of our troops have brought solid results in winning the peace and bringing us closer to the people. Men, women of the AFP, our labor continues as we build on these victories. Together let us do better, work harder, fight smarter, and serve our countrymen even more,” he said.

The incumbent Eastern Mindanao Command (EMC) head is a member of the Philippine Military Academy Class of 1984.

Prior to his appointment to the EMC, he also commanded the Jamindan, Capiz-based 3rd Infantry Division, the 701st Infantry Brigade, and Task Force Davao, and served as Chief-of-Staff of the Philippine Army.

Duterte has ordered Guerrero to account all firearms in Marawi City.

Guerrero is also a decorated military officer having been awarded the Distinguished Service Star four times; the Order of Lakandula (Degree of Commander); the Philippine Legion of Honor (Degree of Officer); and the Honorary Airborne Wings from the Royal Thai Army.-EZC/Newsline.ph and Priam Nepomuceno/PNA