Duterte to PAGCOR : Stay away from corruption 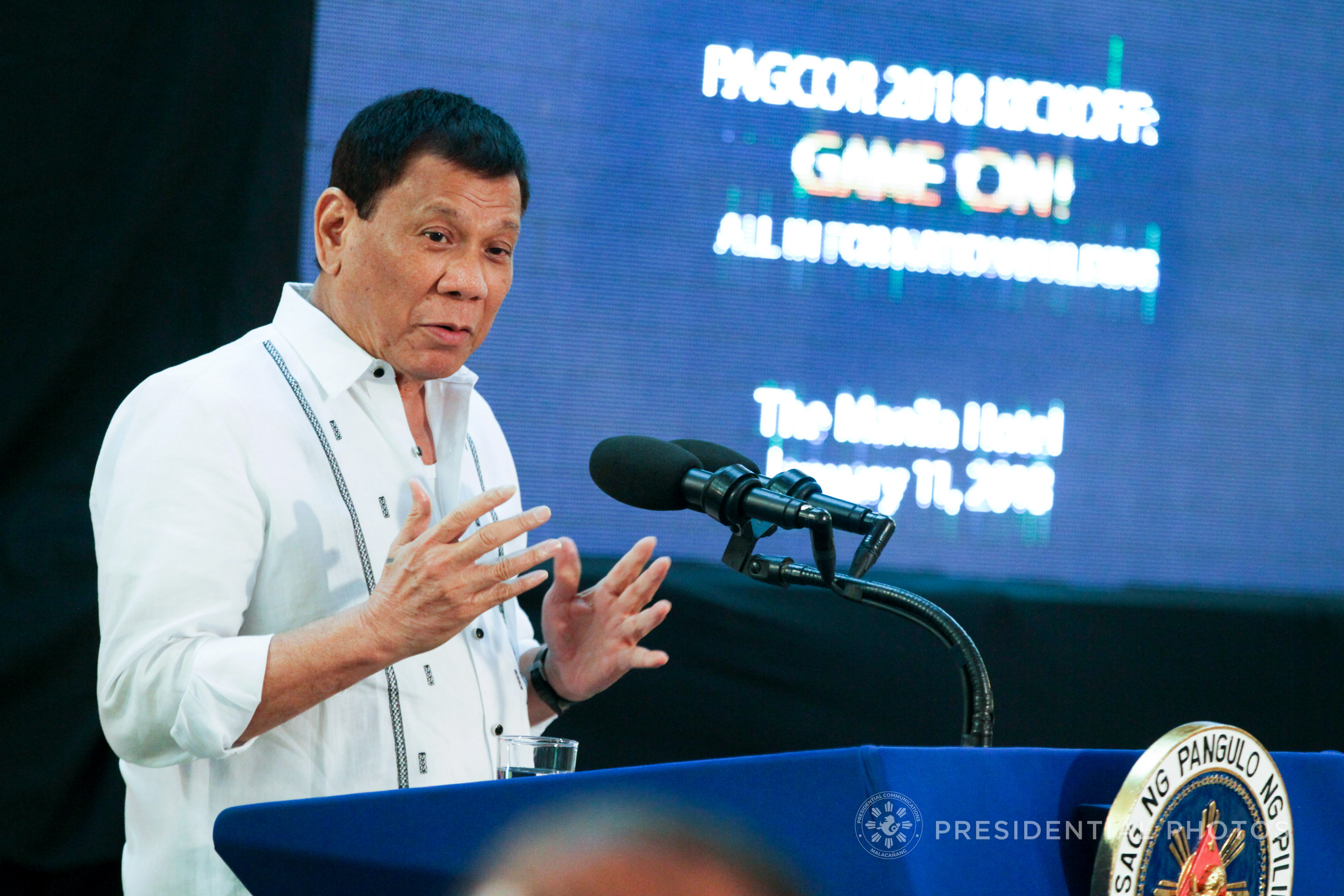 DAVAO CITY, Philippines — President Rodrigo Duterte asked officials and employees of the government-run Philippine Amusement and Gaming Corporation (PAGCOR) to stay away from the temptations  of money and avoid any act which constitutes graft and corruption.

In his speech during the PAGCOR’s event  “2018 Kick Off: Game On! All in For Nation Building”  at the Manila Hotel yesterday afternoon, January 11, Duterte emphasized he does not want corrupt officials in government as he vowed to fire anyone squandering peoples money.

Duterte thanked the players  in the gaming industry, he said the government will use the earnings to benefit the people of the country,

He emphasized “I want to stress again the point that you can come in, expand, do business peacefully but please avoid graft and corruption whether you are the giver or the receiver.”

“Please do not give them the luxury of extortion. All you have to do is just you can call anybody in government… And I will take care of it,” he said.

“All I have to do is for you to cooperate and I said do not give in to extortionist. Be it the police, the BIR, Customs, kasi ‘pag malaman ko, I’ll make it hard for you,” he added.-Editha Z. Caduaya/Newsline.ph