Road projects in Maguindanao to be completed this year 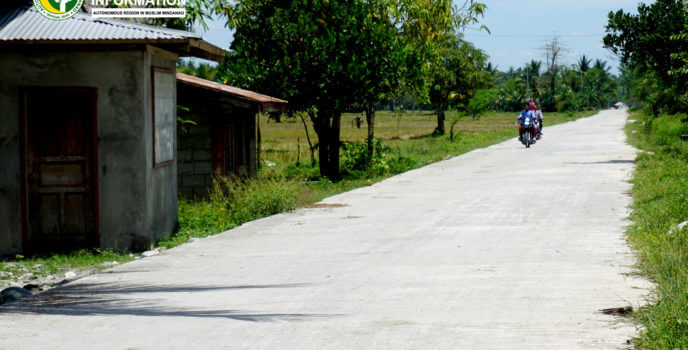 Cotabato City, Philippines — About 30.1 kilometers of paved roads in 10 conflict-affected affected municipalities in Maguindanao are expected to be completed this year.

Official data from the Autonomous Region in Muslim Mindanao (ARMM) showed a total of 22.5  of the 30.1 kilometers  have already been paved out under the Humanitarian and Development Action Plan (ARMM-HDAP) which was drafted after the Mamasapano encounter on January 25, 2015.

The regional government is spending P371.1 million for the concreting of roads in conflict-affected municipalities in the province. ARMM-HDAP aims at addressing the immediate needs of the affected families as well as at providing follow-through interventions in affected communities.

It also aims at establishing a systematic and a coordinated approach in addressing and mitigating the effects of future disasters and calamities, leading to a more peaceful and resilient autonomous Muslim region.

The HDAP has helped barangays in uplifting livelihoods across 15 municipalities in Maguindanao and continues to contribute in creating stable and sustainable communities across the region.-PR/ARMM information bureau