Posted on January 26, 2018 by NewsLine Philippines 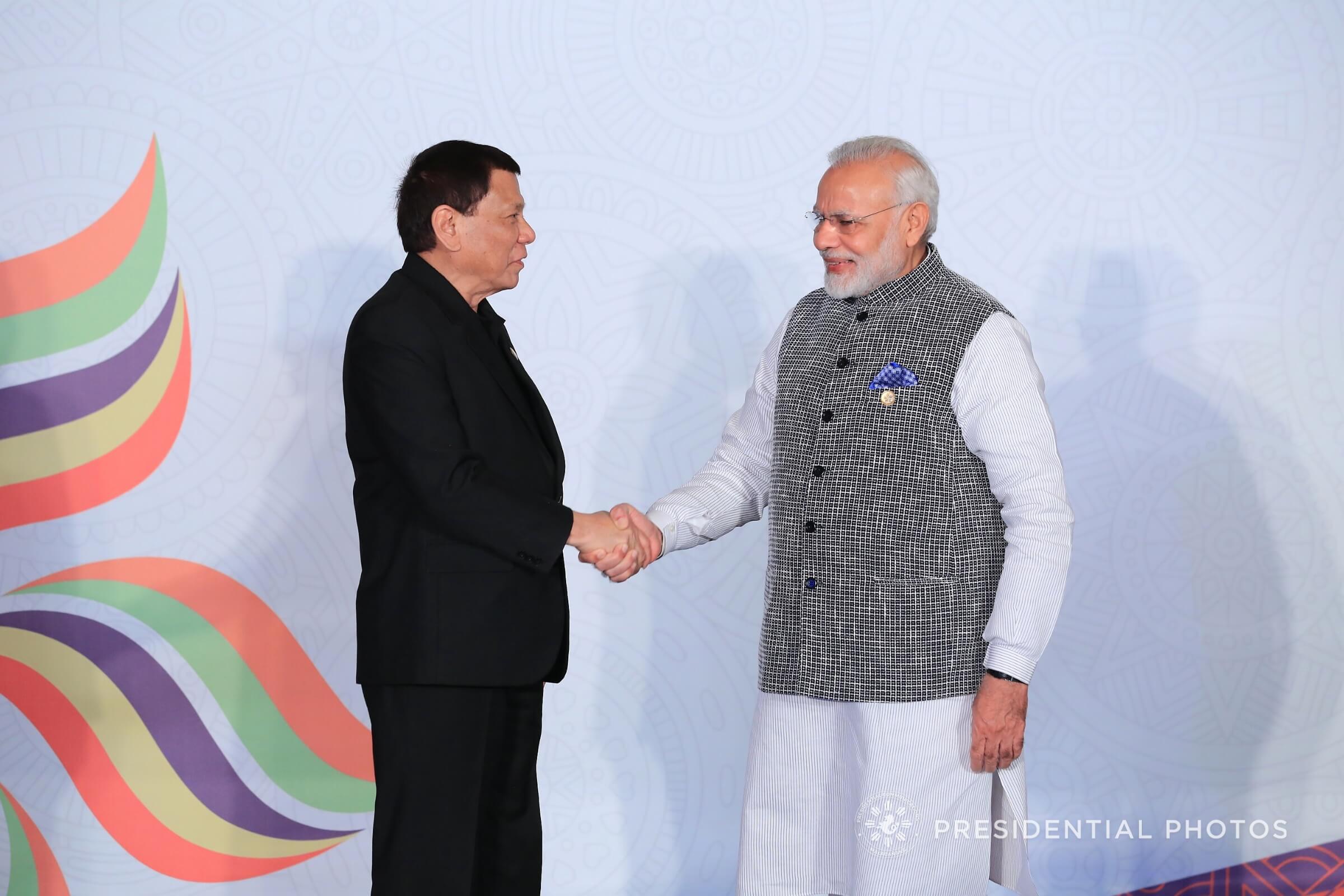 ​​New Delhi, India — The Philippines and India share the same commitment in the fight against illegal drugs and terrorism.

This is the assurance given by Indian Prime Minister Narendra Modi to President Rodrigo Roa Duterte during the two leaders’ bilateral meeting held Wednesday evening.

“I have always said that trafficking, drugs trafficking, this is the source fund for terrorists and I have raised these issues after I feel that in order to save our young people, the future generations, we all have to come together… (T)he fight has to be launched together (with) the entire world to save the young people and this has to be at the global level,” Modi underscored saying India will be “happy” to cooperate with the Philippines in this regard.

Modi also complimented President Duterte for showing “love” for Indians who were living and staying in Davao City when the latter was still the mayor.

On the other hand, Duterte thanked the Indian government for its support in the Marawi rebuilding efforts.

Duterte admitted that curbing terrorism is not an easy task.  He highlighted that the threat to terrorism in the Philippines and in the Southeast Asian region is also financed partly through drug trafficking.

The Philippine leader said he is willing to send Filipino soldiers for training in India. He even considered acquiring military weapons and warships from India.

Also, during the bilateral meeting, Duterte reiterated his desire for allowing Indian pharmaceutical companies to open branches in the Philippines, citing the need for affordable medicines for the Filipinos.

Both Duterte and Modi agreed to hold more trade negotiations and discuss the possibility of a military cooperation in the next two months.

President Duterte, along with his Cabinet delegation, is currently in India to take part in the ASEAN-India Commemorative Summit.-PCO