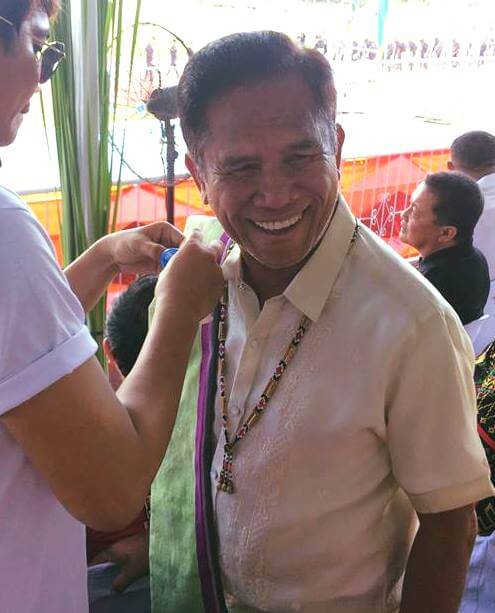 “I am not with the communists and I never supported the NPA.” Solivio said.

He pointed out that some people started linking him to the NPA when he stood against the plan of some multi-national companies to mine the natural resources, like coal, copper and gold, of the province.

“I am just protecting the environment of the province. I am not a communist. I am an environmentalist,” Solivio stressed.

Lt. Col. Harold Cabunoc, commanding officer of the 33rd Infantry battalilion said Solivio allegedly helped organized the group of Lumad chieftain Datu Victor Danyan and became members of the “Kilusang Rebolusyonaryong Barangay (KRB), a barangay-based political unit of the NPA operating in the hinterlands parts of the upper valley area of the province.

It can be recalled that last December 3, 2017, Datu Danyan and his followers, including his son and relatives, were reportedly killed by military forces in Sitio Caltex in Barangay Ned in Lake Sebu town.

Military officials claimed that Danyan staged a suicide attack when he learned that his son and relatives were killed by the military in the said encounter.  But the Lumad groups there maintained that Danyan’s group were “massacred” by the military.

Aside from Solivio,Cabunoc also identified a certain Dan Dalimbang and Nanay Tasing of an NGO operating in the province also as rebel supporters. Dalimbang, in a phone interview, denied that he is an NPA supporter. -Ramil H. Bajo/Newsline.ph