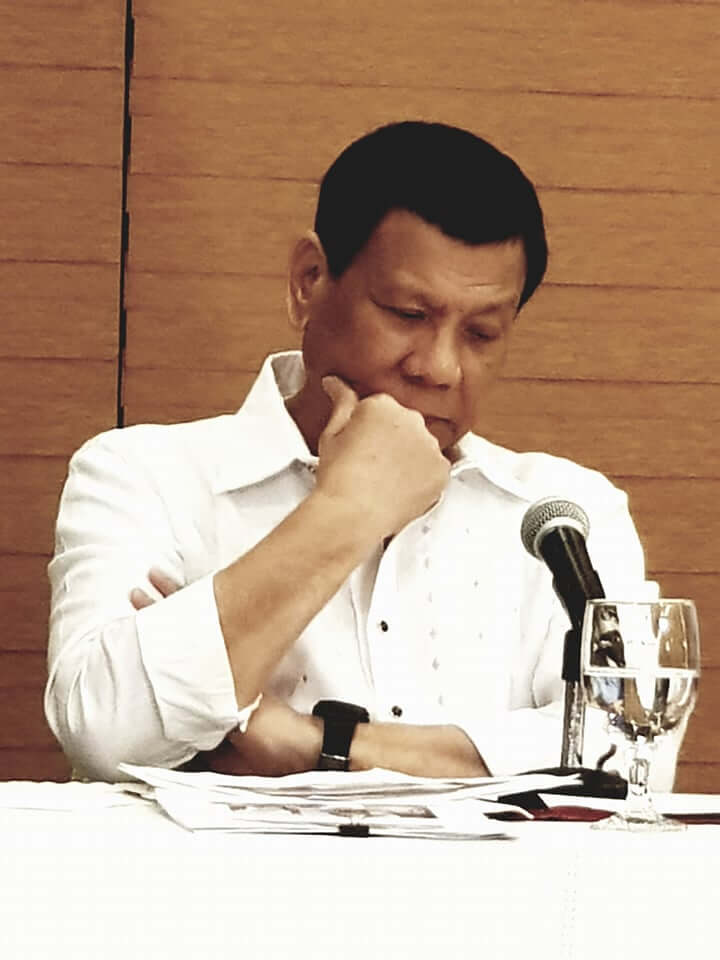 MANILA, Philippines  – President Rodrigo Duterte has not yet indicated what he will do “as president” once the proposed divorce bill reaches his desk, Malacanang said Tuesday.

“I think, I made public his personal views on divorce, but he has not indicated what he will do officially as president. So he articulated his personal perceptions on the divorce bill,” Presidential spokesperson Harry Roque Jr. said in a Palace media briefing.

Roque has said Duterte is against the proposed divorce bill which the House of Representatives approved on third and final reading on Monday.

According to the Palace spokesman, the President believes the children would be affected once the divorce would be passed into law since the abandoned spouses would lose the right to file a case against their partners.

“Ultimately, he’ll have to decide if it’s sent to him for signature. But we’re far from there,” Roque said.

The proposed divorce bill drew mixed reactions in the Senate with Senator Richard Gordon saying it will violate the Constitution.

Senator Panfilo Lacson also expressed opposition to divorce , saying Filipinos are not yet ready for it.

Duterte’s ally, Senate President Aquilino Pimentel III, meanwhile described divorce as a novel approach in dissolving a marriage but it should be studied first.

Under the approved House Bill No. 7303, absolute divorce may only be granted on the following grounds: reasons stated under legal separation and annulment under the Family Code of the Philippines; separation in fact for at least five years; legal separation by judicial decree for at least two years; psychological incapacity; gender reassignment surgery; irreconcilable differences; and joint petition of spouses.