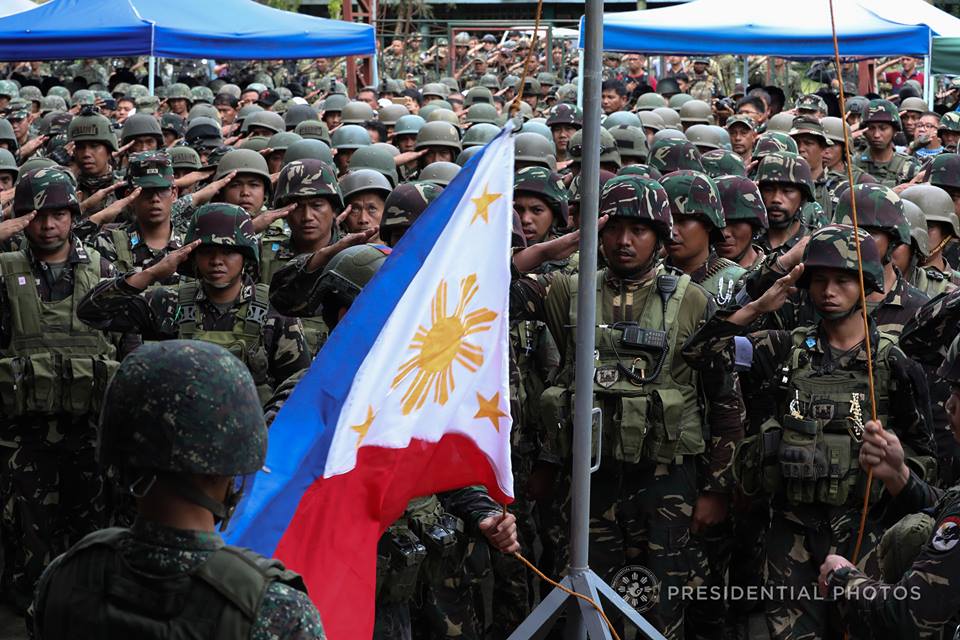 MANILA — President Rodrigo R. Duterte may attend the commemoration of the first anniversary of the day when ISIS-inspired Maute Group laid siege to Marawi City, Malacañang said on Tuesday.

Presidential spokesperson Harry Roque said that there have been plans for the President to visit Marawi City but could not confirm because of security considerations.

“As far as I know, we are both going but there’s no schedule yet so I still cannot confirm it,” Roque said in a Palace briefing.

“Security considerations will prevent us from actually confirming it,” he added.

Roque, meanwhile, said that majority of the residents in Marawi City have been provided by the government with either temporary or permanent homes a year after the siege took place.

He said that the government, through Task Force Bangon Marawi (TFBM), is even “ahead of schedule” in terms of rehabilitation efforts.

“That was accomplished in a year’s time. We are even ahead of schedule when it comes to the rebuilding of the communities,” he added.

Roque acknowledged that rehabilitation in the most affected area on ground zero of Marawi City has yet to take place.

He sought for more patience from Marawi residents, noting that rehabilitation efforts had to follow a process.

“In the most-affected area, rehabilitation efforts are just about to begin. Like many Marawi residents, we are also getting impatient, but it has to go through a proper process,” Roque said.

“What is important is that 70 percent of the residents have gone back to Marawi are occupying homes that we built for them and life goes on for a greater majority of the residents of Marawi City,” he added.

Roque also said that the President is “satisfied” with the performance of TFBM chairperson Eduardo del Rosario.

Data from TFBM showed that out of the city’s 96 barangays, most residents from 72 barangays have already returned to their area of residences while those coming from the remaining 24 barangays from the totally damaged areas have yet to return to their homes since most of it have been destroyed.

The government has allocated an initial PHP15 billion for the rebuilding of Marawi City. -PNA