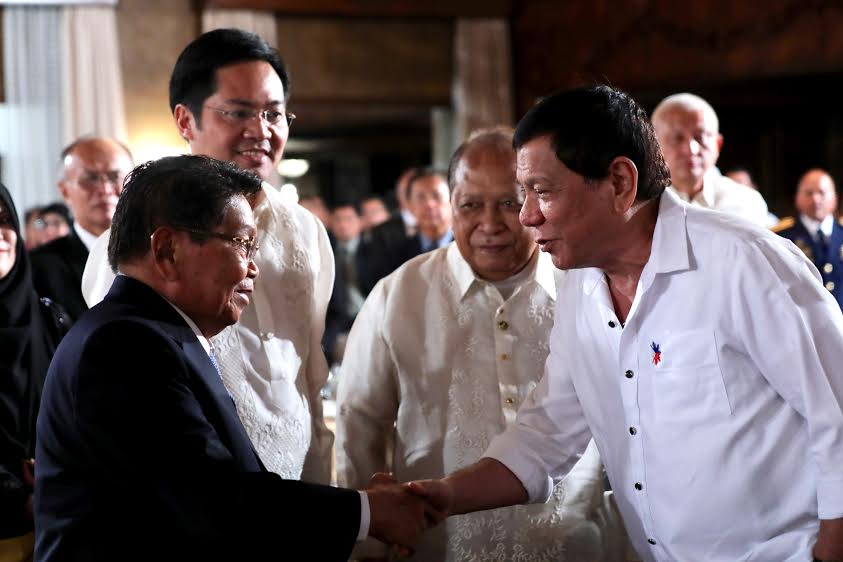 In a press statement issued by the Office of the President on Peace Process, Jaafar was quoted saying  “Nagpapasalamat kami sa BiCam sapagkat nirespeto nila ang aming concerns (We thank the BiCam for respecting our concerns).”

Jaafar was  interviewed right after the caucus that was held during the continuation of the BiCam deliberation on the BBL.

Among these concerns is the assurance that all laws that would be passed in the Bangsamoro Parliament would be compliant with national laws.

Senator Juan Miguel Zubiri said it was agreed during the caucus that there would be “one general provision within the context of the Constitution para ‘di paulit-  ulit na sasabihin ‘yung (so that it wouldn’t have to be repeated that it is) subject to national laws.”

Jaafar gave assurance that when the Bangsamoro parliament creates laws, these would be in accordance with the Philippine Constitution.

Jaafar said the BTC also agrees that the passing of an organic law on the Bangsamoro itself should fully comply with the Constitution.

BiCam committee member Rep. Rodolfo Farinas reiterated that the plan is for both Chambers to ratify their respective versions on the third regular session on July 23, the same day of the State of the Nation Address of President Rodrigo Roa Duterte.

The statement said, Duterte will then sign the bill into a law on July 23..-NewsLine.ph