Posted on December 8, 2016 by NewsLine Philippines 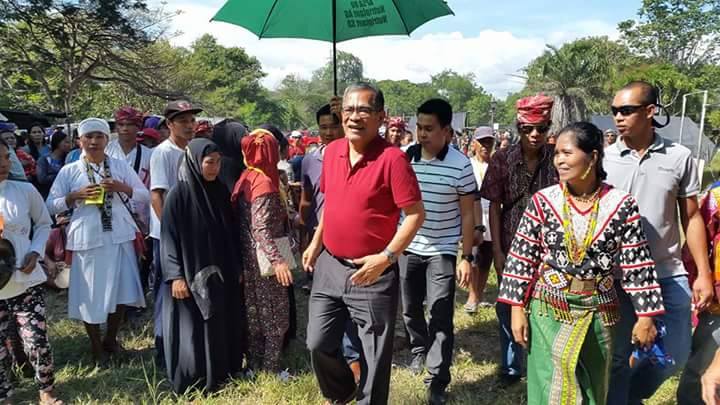 Netizens bashed Interior Secretary Mike Sueno for showing up in the peace camp at Tambler, General Santos City Wednesday December 7, with male aide carrying an umbrella to protect from the scourging heat of sun while the Lumads who waited for hours endured the midday sun.

Cherry Ann Villarta said described Sueno as “nakakasua” (nauseating) saying “he postures as if he is not from the province of Soth Cotabato.

Sueno once served as governor of the province from 1986 to 1992. Photo courtesy of Ryan Lariba