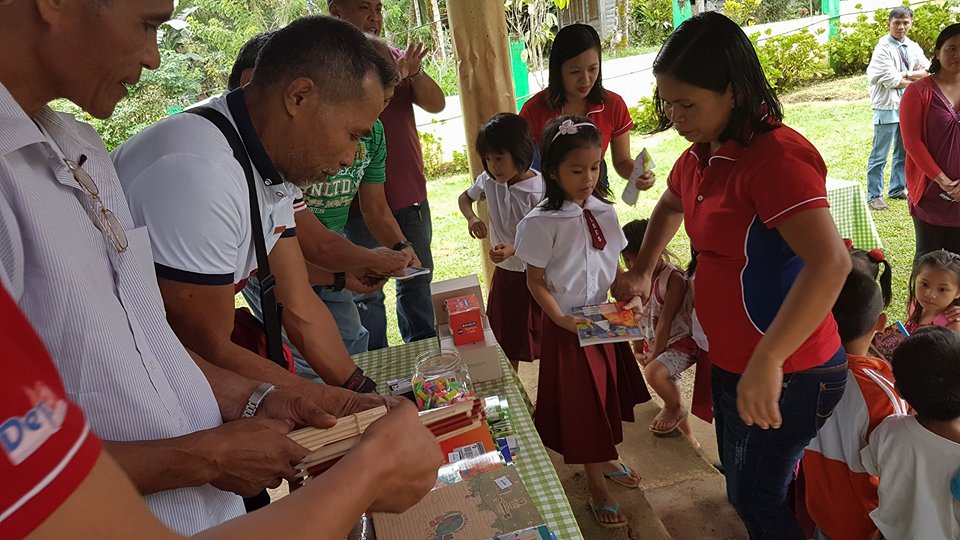 There were 148 pencils collected during the conference of Media Strengthening seminar sponsored by World Association of Newspapers (WAN-IFRA).

As most of the participants preferred to use their pens, Newsline.ph collected the pencils to benefit the pupils instead of leaving it inside the convention rooms.

The beneficiary school is one of the depressed schools in Makilala town in North Cotabato, Philippines.

Sixty percent of the pupils in Lucas Socias elementary   belong to the Manobo and Bagobo tribes.

Aside from the pencils, Newsline.ph also donated 21 volume encyclopedia, notebooks, books and other teaching materials.

Barangay Biangan  is considered by the military as among the “hotspots” of  communist insurgents, it is one of their mass base.

Teddy Salcedo, the school principal said  sporadic  encounters between the government forces and the New People’s Army rebels often interrupt the classes,  pupils prefer to stay at home for safety.

The turnover was in coordination with the Department of Education and attended by the DepEd supervisor Renato Corre, school principal Teddy Salcedo and the whole teaching staff.

The  project is a community service program of Newsline.ph in coordination with the and Department of Education.-Editha Z. Caduaya/Newsline.ph