Posted on September 30, 2017 by NewsLine Philippines 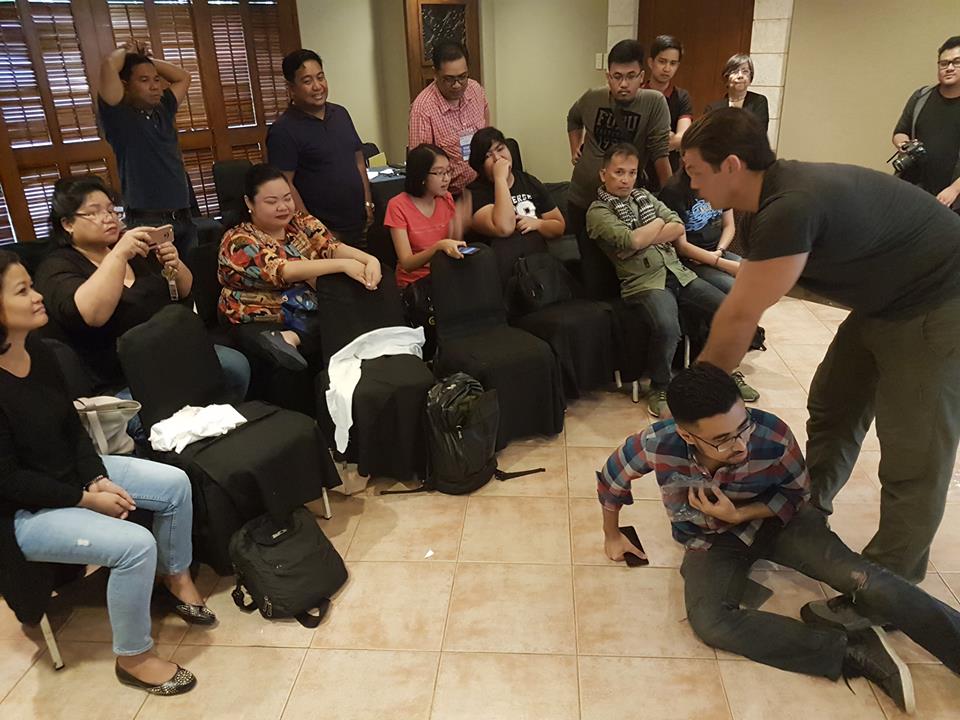 PARIS, France — With longstanding problems of terrorist insurgency and drug-related violence, journalists in the Philippines are increasingly confronted with how to cover stories while remaining safe. A combined forum and training program, held in Cebu in mid-September, addressed these issues, where nearly 50 participants attended the four-day event.

Journalists in the Philippines are no strangers to reporting under duress. The increased number of murders of drug dealers and addicts by state agents as well as continuing clashes between ISIS-affiliated groups in Mindanao have made reporting the truth hugely difficult. The tension has contributed to attacks on journalists in the mainstream media, increased hate speech on social media platforms and an infiltration of fake news online.

In response, the Center for Media Freedom and Responsibility (CMFR), ACOS (A Culture Of Safety) Alliance and WAN-IFRA’s Philippines Media Freedom Committee organized The combined Forum and training program ‘Responding to the Challenges of the New Media Landscape and the Creation of a Culture of Safety for Journalists’ in Cebu from 12-17 September. The four-day event not only raised awareness of the current threat facing journalists in the Philippines but also provided practical skills on how to stay safe in the field.

Discussions covered a variety of topics vital to journalists working in the region – the number of attacks against the press in the Philippines, how to deal with digital threats and the current landscape of social media. A special two-day training on reporting from hostile environments looked at planning and preparedness, situational awareness, casualty management, basic first aid and how to work within war zones or amidst the threat of terrorism.

“The training on preparations for coverage in a hostile environment and the basic first aid response really are very useful to me and my organization as I learned how to make do with resources around me when a first aid kit is not in sight,” says Editha Caduaya, the Editor-in-Chief of Newsline.ph in Davao. “I learned other Do’s and Don’ts in coverage, especially the communication component where we were taught how to secure our own line of communication in a given situation.”

Caduaya says her favourite aspect of the forum was the safety training sessions on basic preparation and danger response.

“[It was] the best session I had because it is very applicable to our situation here in Mindanao,” says Caduaya. “The disaster response training is so important for every journalist in Mindanao given the hostile situation we often encounter.”

Edralyn Benedicto, Editor-in-Chief of Cebu Daily News, says she wasn’t expecting the impact the forum would have on her. But, she says, it will become a valuable tool for her news teams in how they send reporters into the field in the future.

“As a news manager, I realized I had been remiss in ensuring the safety of our reporters and photographers whom we had sent to cover disasters and conflict stories,” says Benedicto. “We had coverage plans but only cursory safety plans. It’s not going to be like that anymore moving forward.”

Perhaps the most concrete outcome of the forum was the signing of the Cebu Declaration. The declaration expressed the media’s stance against a new Philippine National Police directive that denies reporters access to spot reports. It was part of the government’s attempt to control the release of information following a public outcry over the killing of young suspects in the war against drugs.

“Participants of the forum signed the Cebu Declaration as a unified action against government control of information,” says Nini Cabaero, Editor-in-Chief of SunStar Network Exchange. “We stood united with other media organizations in Manila and Cebu in condemning the police practice.”-By Colette Davidson/WAN-IFRA