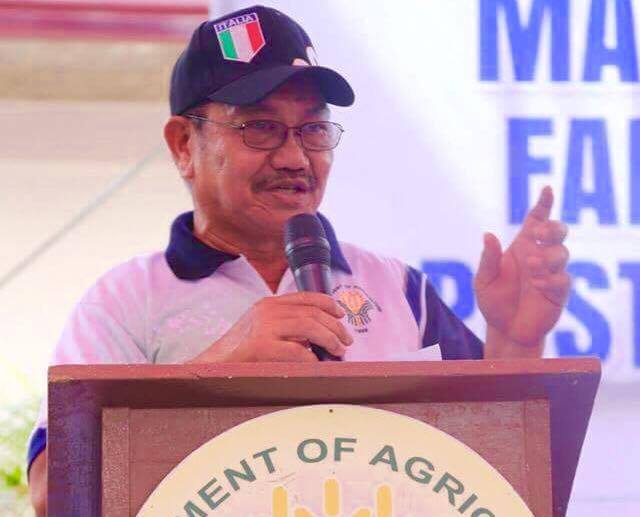 Piñol felt slighted with Cimatu’s post on September 24 reads “Agri sec got rish by P21-M in 6months. Bird flu pa more”,  as it implies “something” to his reputation as public servant.

Cimatu’s post emanates from the report of the Philippine Center for Investigative Journalism that Piñol’s  assets as declared in his Statement of  Assets and Liabilities (SALN)  which he filed in December 2016, reflected a difference of P21-M compared to the last SALN I filed in 2009 as a government official.

Hours after Cimatu published his post,  Piñol, who was out of the country, on FB ordered his lawyer Israelito Torreon to prepare the case against Cimatu.

Claiming transparency being a public servant, Piñol on September 24 posted “I am very transparent and I am willing to submit to any investigating body all of my bank accounts and copies of ITR before I entered government to prove that I never gained P21-M in six months, much more from the Bird Flu crisis.”

In the same post, he added “If there is one thing I treasure as a public servant, it is an untarnished record as a public official. I may not be perfect but certainly, I am not a crook.”

He then vowed to get back at Cimatu “Cimatu will not get out of this malicious insult unscathed.”

In rebutting Cimatu’s post, Piñol added “Cimatu failed to take into account that, while there was really no P21-M in cash or properties acquired during the first six months that I was with government, the SALN in question was filed. in December 2016 while the Bird Flu outbreak occurred in August this year.”

Newsline.ph tried to get the reaction of Cimatu, but he refused to issue statement as he has yet to receive the complaint filed by Piñol.-Editha Z. Caduaya/Newsline.ph