Posted on October 21, 2017 by NewsLine Philippines 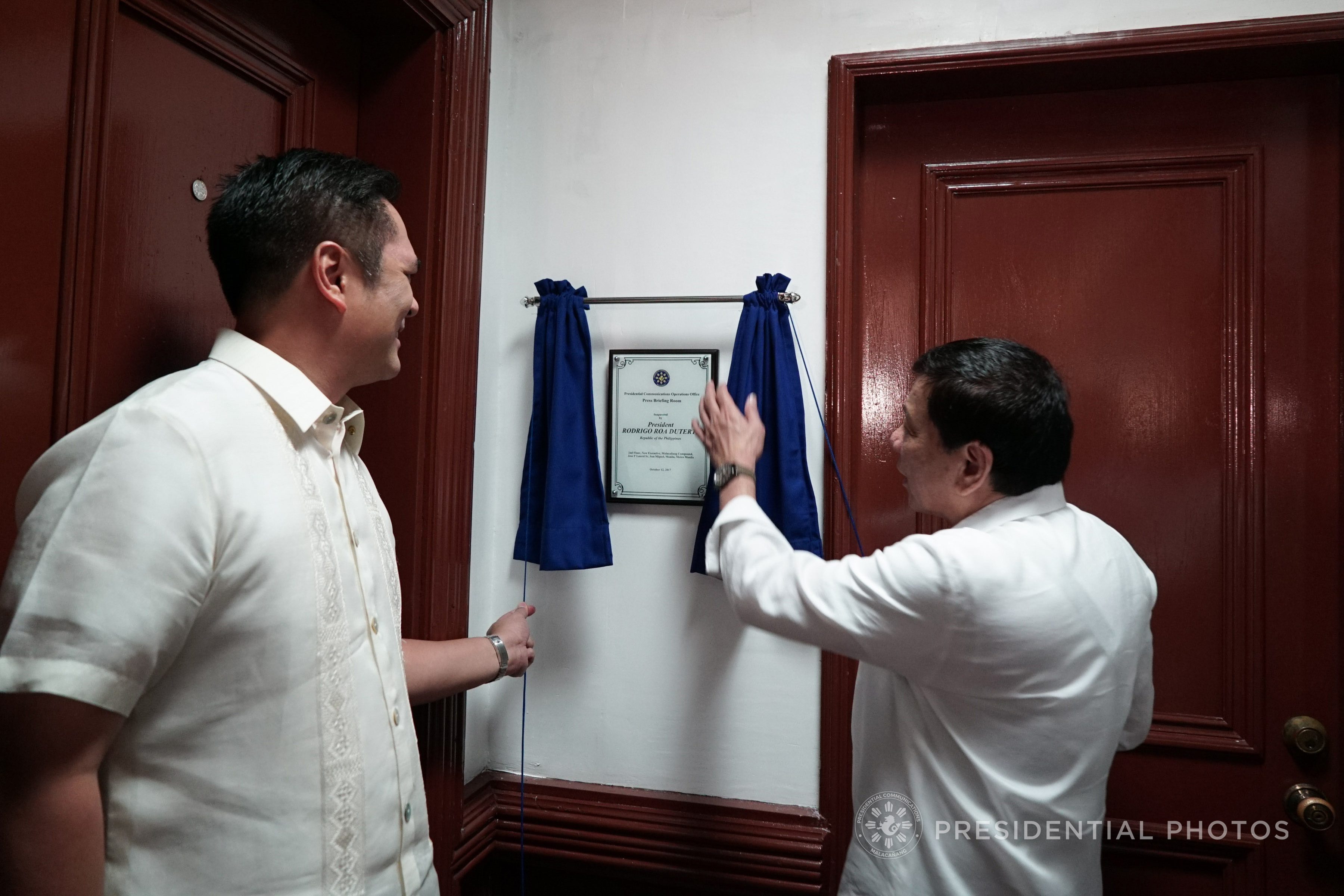 MANILA, Philippines — Old facade finally over.
This best describes the relaunching of the  over century old Malacañang Press Briefing Room (MPBR)  at the New Executive Building.
The office under the Presidential Communications Operations Office (PCOO) on October 12, 2017 as it underwent renovation recently.
No less than President Rodrigo Duterte led the opening of the new press room.
The recent facelift  gives fresh aura to members of the Malacañang press corps with  a sleek and posh multi-purpose room where a studio/stage is available for ‘talks’. Its 40-person seating capacity can be expanded to 50.
There are now four wide screen, high-definition television monitors installed—one at the back facing the stage and three TVs on stage facing the audience for presentation purposes.
A state-of-the-art TV will also be available, fully controllable by the presenter through his smart gadget.
In addition, three new floor-mounted pipe tunnel air-condition sets, about 30 LED (light-emitting diode) pin lights, and four LED studio lights were also installed.
With this high-tech arrangement, everything is going to be seamless. LCD (liquid crystal display) projectors are now a thing of the past.
Resource persons have the option of a standard stage or to have the podium removed and be given a lapel and clicker instead to conduct his presentation using the three TVs available.
Previously, a physical seal of  Malacañang mounted on the wall, now it is displayed through a 65-inch monitor. Instead of mounting tarpaulins, the monitors may be used to display the logos and themes of an event such as regular press briefing, Mindanao Hour press briefing, among others.
New retractable curtains provide different themes for different activities: dark blue for the press briefings of Secretary Andanar, brown for Mindanao Hour and regular briefing with Presidential Spokesperson Ernesto Abella, and light blue for Freedom of Information (FOI)-related conference.
There are also IBM office-type tables, equipped with sockets, are provided where one can plug ones devices. A dedicated Wi-Fi internet connection is also made available exclusively for the press briefing only.-PND
Be informed
Top Stories