ARMM to participate in Budayaw fest of culture and the arts 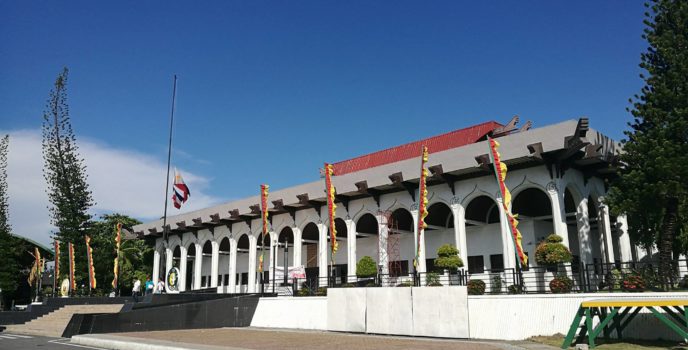 Cotabato City, Philippines — The Autonomous Region in Muslim Mindanao (ARMM) will showcase its best in the upcoming International Budayaw Festival from September 20 to 24 in General Santos City.

Dubbed ‘Budayaw: 2017 Brunei Indonesia Malaysia Philippines-East ASEAN Growth Area (BIMP-EAGA) Festival of Culture and the Arts’, the event will showcase the diversity of creative expressions of cultural masters and artists from the BIMP-EAGA.

Engr. Maritess Maguindra, director of the Bureau on Cultural Heritage-ARMM, said the region will take part in different activities that include a presentation on culture during the Colloquium, presentation of masterpieces of cultural artists, and an exhibit that will feature Muslim Filipino’s rich history and culture.

“Budayaw is a platform and mechanism to bring about cultural appreciation,” Engr. Maguindra said. Budayaw came from two words ‘Budaya,’ a Malay term that means culture, and ‘Dayaw,’ a Filipino word that expresses bounty, beauty, and grace.

“Twenty years of economic cooperation in the BIMP-EAGA led to the realization that culture is an element in the sustainable development of the four countries,” Nestor Horfilla, head of the festival organizing committee, said.

Engr. Manguindra added that the festival is not only aimed at fostering strong partnership, but also integration among its member countries.

The activity also commemorates the 50th founding anniversary of the Association of Southeast Asian Nations, or ASEAN. It will be attended by more than 300 contemporary artists and indigenous cultural masters in a celebration of ‘harmony in diversity.’ The creative works from the four countries will be showcased in different venues in General Santos City.

Other agency partners in the holding of the Budayaw Festival include the National Commission for Culture and the Arts, Department of Tourism, Mindanao Development Authority, Mindanao State University-General Santos, City Government of General Santos, Provincial Government of Sarangani, and the Philippine Information Agency.