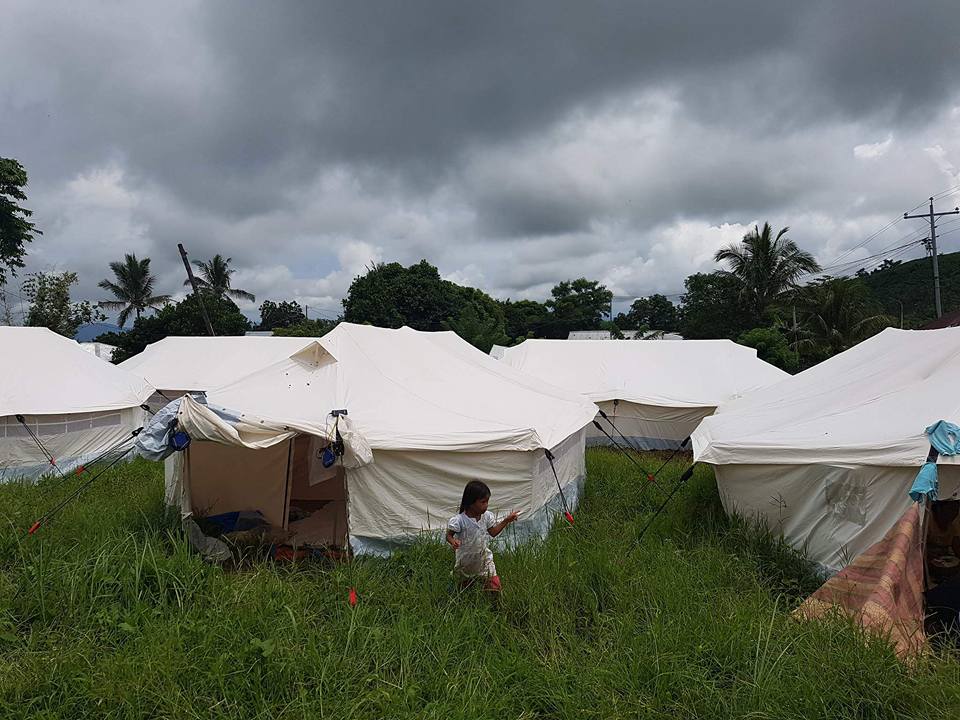 MARAWI City, Philippines—   Evacuees taking shelter at the Lanao del Sur provincial capitol were surprised when they caught a whiff of that all-too-familiar smell of freshly cooked hotcake wafting around the compound.

“In Marawi, our version of pan de sal is hotcake or ‘apang’ in Merenao,” said a trader and evacuee, who only asked to be identified as Maharlika.

The 34-year-old Maharlika was working as an administrative officer in an Islamic school before the crisis forced her family to seek refuge at the provincial capitol.

“I decided to establish a makeshift store inside the evacuation camp. I just miss eating ‘apang’ in the morning, and since no one is selling it, I decided to include it in my store,” she said.

Among those who lined up to buy ‘apang’ was Salam Mustapha, who remembered the hotcakes that his mom would make every morning.

“I bought 50 pieces immediately. The smell alone reminds me of waking up to a peaceful morning in Marawi,” Mustapha, who is also an evacuee, said as he stacked the ‘apang’ in a plastic bag.

Soon, Maharlika had her hands full with orders as fellow evacuees queued up for the delicacy.

Maharlika’s hotcake stand is just one of the many makeshift stores that have sprung up at the evacuation camp.

“We decided to set up this small store to cater to the needs of our fellow evacuees,” she explained.

Another trader, Norman Panginuma, said managing his store helped him cope with the trauma of the armed conflict.

“I temporarily forget the ongoing conflict in our city whenever I’m busy running the store,” he said.

“In a way, we are also helping our brothers and sisters to acquire other basic needs that are included in the relief assistance being provided by the government and other aid organizations.”

Among the goods being sold in these makeshift stores are processed and fresh vegetables, kitchenware, rubber slippers, hammocks, and laundry implements.

Panginuma said they bought their stocks in nearby towns of Lanao del Norte, while other traders sourced their supplies from neighboring Iligan City.

A long-time trader, who only identified herself as Aida, said she was able to bring some of her goods to the evacuation camp despite the threat of the invading IS-inspired Maute and Abu Sayyaf groups.

She said some traders in Padian, Marawi’s main public market, were not as lucky as the militants ransacked their stalls.

“Despite the difficulties, we are trying to make our life normal here,” she said, noting that keeping themselves busy in their stores helps them survive the crisis mentally.

Aida said resilience is in the DNA of the Maranao.

“We try to rise above every crisis. There is no problem we cannot surmount,” she pointed out.

The gun battle in the country’s lone Islamic city has been raging since May 23, triggering a humanitarian crisis.

“They have mastered the art of trading. Being resilient and resourceful are the traits of the Maranao,” he said.

According to him, the local government has already drawn up rehabilitation measures, especially establishing a financial window of soft loans to help local traders spur the local economy.

“I don’t have the figures, but the economic loss here is tremendous,” he lamented. “That’s why the early recovery package, includes measures on how to assist our local traders and recoup their losses.” (PNA)#salam