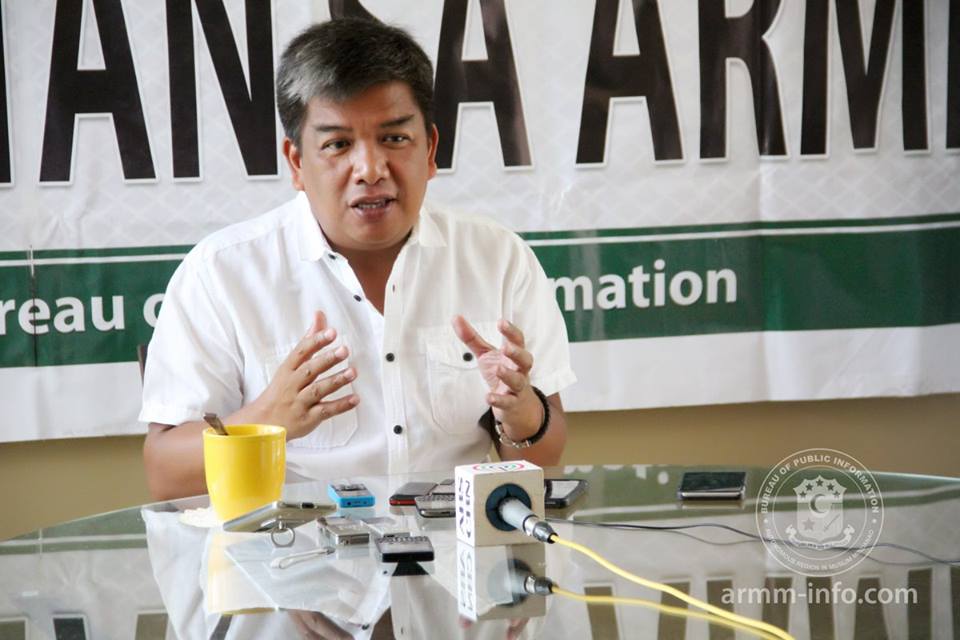 COTABATO CITY, Philippines — Gov. Mujiv Hataman of the Autonomous Region in Muslim Mindanao admitted anew that bombing threats and havoc by militant Muslims can only be contained through a united front as he endorses Singapore’s counter-terrorism program as doable.

“Let us adopt it as a model,” Hataman told reporters on Wednesday August 17.

He underscored the need for civil-government collaboration as what Singaporeans did following separate terror strikes in nearby Jakarta and Bali, Indonesia by Jemaah Islamiah that killed 213 people.

The involvement of all sectors in the fight against terrorism and other crimes cited Singapore as one of the safest countries in the world while the Philippines from being the 12th safest in 2016 is now on the 79th slot, according to the latest Global Terrorism Index by the Institute for Economics and Peace.

“Unless we work and move as one, we will not succeed,” said Hataman as he enjoined constituents to report presence of lawless elements or suspicious-looking individuals out to sow havoc.

He admitted that most Muslim militants had been deceived to join terroristic activities corrupting the Islamic faith to foster intrigue and hate instead of love and coexistence.
Hataman also blamed miscommunication and disinformation to the breakdown of law and order, saying most recruits by terror groups were misled and lured for monetary needs to survive.

He said the 84 new Abu Sayyaf recruits who surrendered to civil-military authorities in Basilan lately were provided livelihood projects through agricultural and psycho-social training to start life anew.

He encouraged Islamic scholars and preachers to continue cleansing the flock of religious misfits out to destroy and besmirch Islam which connotes peace.

He said since the breakout of war in the Islamic City of Marawi on May 23 that instigated the proclamation of Martial Law in the whole of Mindanao, the ARMM government through its Humanitarian Emergency Action Response Team (HEART) has already disbursed P77 million in its relief and rehabilitation work of internally displaced persons.

He said the distribution of 25 kilos of rice and other humanitarian aid per displaced family will continue amid dwindling fund.

Hataman begged: “Let there be peace,” as he called upon lawmakers in Congress for the immediate passage of the Bangsamoro Basic Law that is undergoing restructuring and hope to establish a more enhanced autonomous setup than the present political structure.
He announced his intention to step down when the new measure is approved for implementation despite his term as the highest elected official in ARMM is yet to end in 2019. Charlie C. Señase/newsline.ph