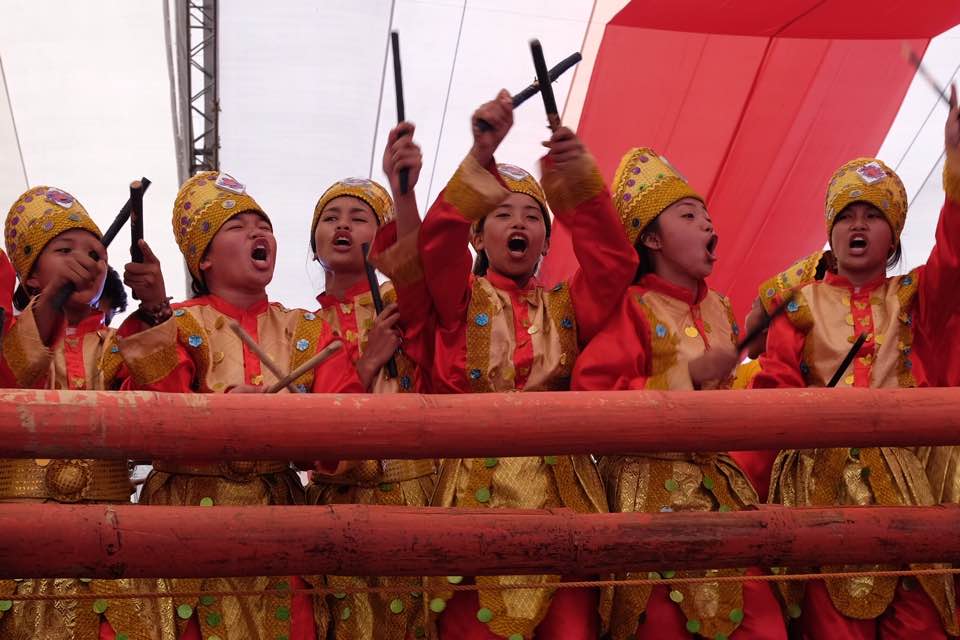 It is the first Kadayawan Festival under a martial period but people from Davao City, Maguindanao, Davao provinces, Surigao, Compostela Valley, South Cotabato defied security fears as hundreds went out to the streets to show support and unity.

The big winners in the Pamulak or floral float parade Sunday were Davao Horse Club with PHP100,000 cash prize under “Lahi (different) category; the Philippines Extreme Volunteers Association under the small category with PHP300,000; and the IPI under the big category with PHP700,000.

In Pitik Kadayawan or drum beating competition, a new feature of this year’s festival, the Mati Drumbeaters went home with the grand prize of PHP200,000 while second prize of PHP150,000 went to El Ritmo Drumbeaters, and the Landan National High School with the third prize of PHP100,000.

It was a big comeback for DCHNS, which bagged PHP500,000 in cash prize plus trophy. It also bagged PHP15,000 for best music. Sagayen National high School won the P700,000 cash prize.

Sagayen’s performance showed the richness of the town where many banana plantations are located.

However, no contingent went empty-handed as non-winners were also awarded a consolation cash prize of PHP15,000 for Davao City school-based category and PHP20,000 for the open category.

The mayor cited the overwhelming support from the people and the private sector despite the city and Mindanao facing challenging times. To the visitors, Duterte-Carpio thanked them for not hesitating to visit Davao to celebrate Kadayawan.

She looks forward to a bigger and grander festival next year. “We will set the bar higher for the future celebration,” the mayor promised.

DCCCII president and Kadayawan executive committee co-chair, Capt. Ronald Go was hopeful the festival changed the negative perception that it is unsafe in the city because of the martial law.

Go, who is not a native of Davao, said Kadayawan has brought and made him understand the history and culture of lumads. He said he only used to watch Kadayawan from the comforts of his home behind the television screen.

Go said Kadayawan is very promising although he is not sure if DCCCII will again partner with the city. He said there were already discussions to create a foundation to handle the festival every year. (Lilian C. Mellejor/PNA)