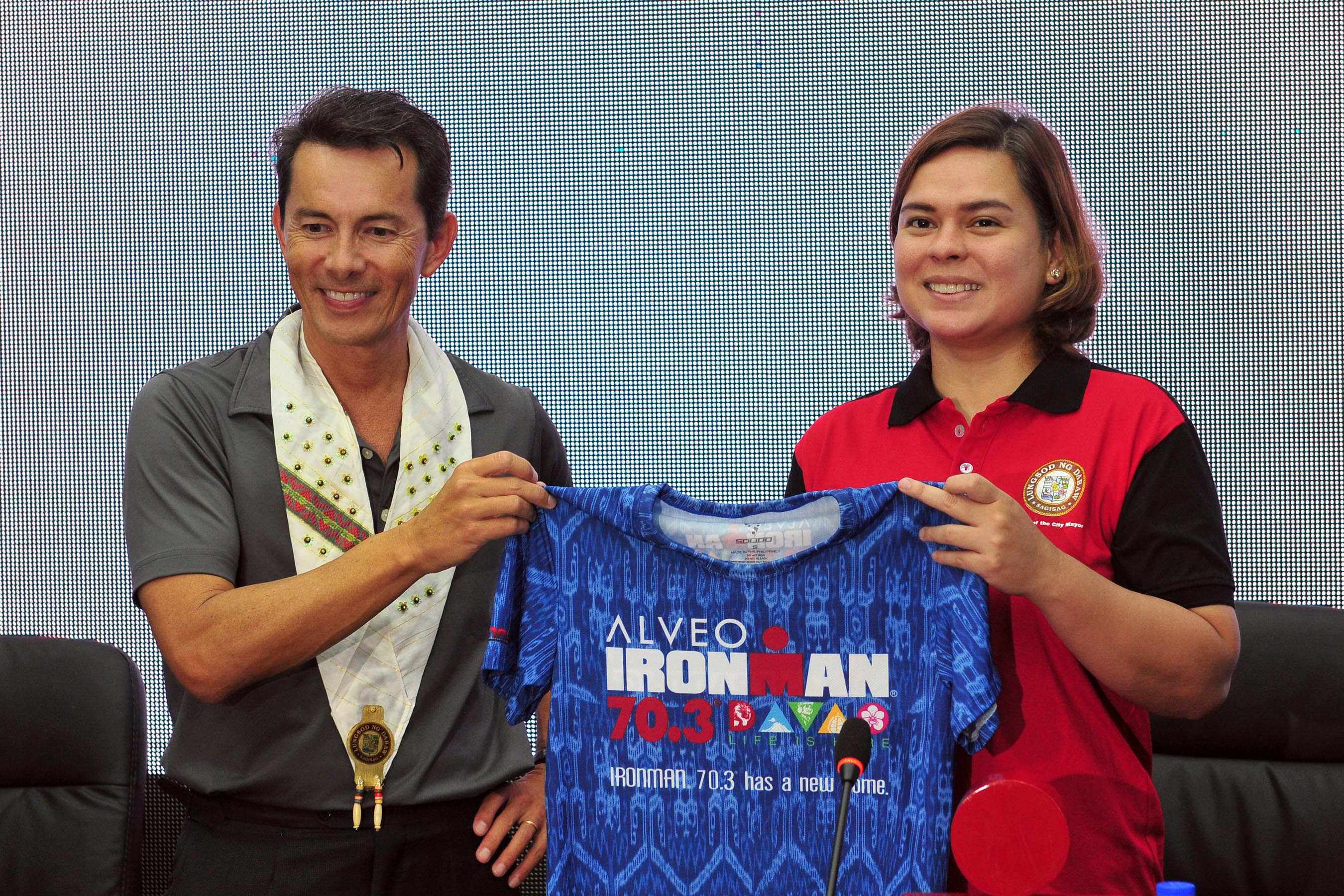 DAVAO CITY, Philippines — Davao City will host the prestigious triathlon game dubbed as Ironman 70.3 next year.
Dubbed as  Alveo Ironman 70.3, the  event is  expected to draw thousands of athletes and tourist come 2018.
This will be the first hosting of the city for said event which was already held in Camarines Sur and in Cebu City.
In a press conference on Wednesday, September 20, 2017, Davao City Mayor Sara Z. Duterte-Carpio said the hosting of the  Ironman event signals  that the city is prepared to host  big sporting events.
“It is such an honor for Davao to host for the very first time the prestigious triathlon, which will bring to our city the best swim, run, bike athletes,” Duterte-Carpio said.
“With the  Ironman, we hope to bring the world’s attention to Davao as well as our unique culture,” she added.
“Davao is ready to host a high-caliber sporting event such as the Ironman,” she said.
With the upcoming events, Duterte-Carpio ordered the creation of an executive committee via Executive Order  35, which seeks to  oversee the staging of Ironman 70.3. and make sure that the triathlon event becomes successful.
She  hopes that the Alveo Ironman event will complement the Kadayawan celebration slated August every year.
Sunrise Events president Wilfred Uytengsu said that he envisions the holding of world-class events in the Philippines.
This early, Uytengso expressed excitement and takes the pride Ironman will be held in Davao next year.
“We see our youth growing up with technology and they are not exposed to all of the sports, we would like to imbibe that in their behavior early on,” Uytengsu said.
Aniceto Bisnar Jr, the COO of Ayala land, Aniceto Bisnar Jr.  committed that the Alveo land will support the event.
“It is indeed an honor for Azuela cove here in Davao to partner with this great event that hopefully will bring a lot of tourists. Together with the Alveo residential brand, which is a co-sponsor for this event, we will be cooperating and working hard in order to ensure that we deliver a high quality international caliber event,” Bisnar said.
The Ironman event is in partnership with  the City Government, Sunrise Events and Ayala Land, Inc.-Armando B. Fenequito Jr./Newsline.ph
Be informed
Top Stories