Posted on September 25, 2017 by NewsLine Philippines 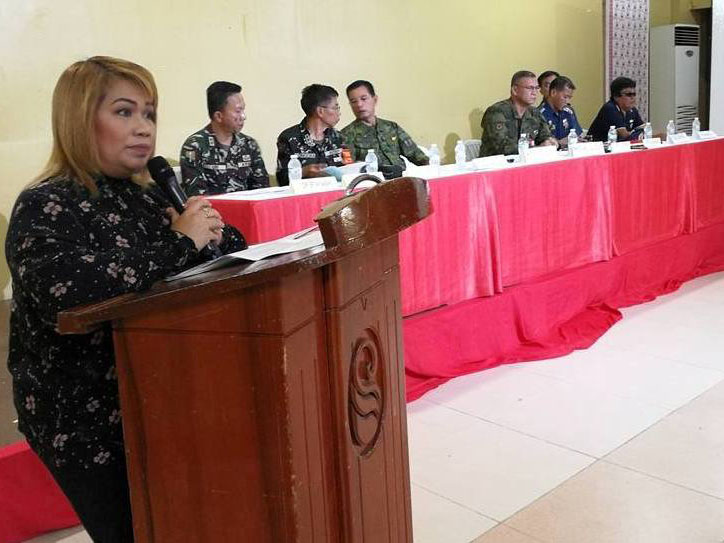 The police augmentation batch, according to Train, is closely supervised by 30 training officers to ensure that there are no abuses in the performance of their duty while working closely with their counterpart in the Armed Forces of the Philippines to rid their coverage area of syndicated crimes and terror-related violence.

Brig. Gen. Arnel dela Vega, commander of the Army’s 6th Infantry Division, considered the police augmentation here as a complimentary gesture when he deployed to Marawi City three battalions during the height of the Maute-led terror attack which he hopes to recall anytime as the four-month anti-terror operation is about to end.

The recent pronouncement of caution by President Duterte that after Marawi the next terror target would be Cotabato due to brewing animosity over landownership claim by prominent landlords with armed backers, prompted Mayor Sayadi to meet  government troops and their so-called “force-multipliers” to assess the true security picture of the city at a time when so-called franchised business ventures are flourishing.

General Dela Vega said with the previous and present security preparedness under his command “the possibility of a terror attack in Cotabato is nil, but still we need community involvement with our civilian populace to closely coordinate with authorities on security matters.”

Among other measures adopted to secure teh city, according to  Sayadi is the  registration by city-based watercraft owners and minimal docking fee for non-resident transport system operators are required to ensure public safety and security and additional revenue to local government units manning makeshift piers. Charlie C. Señase