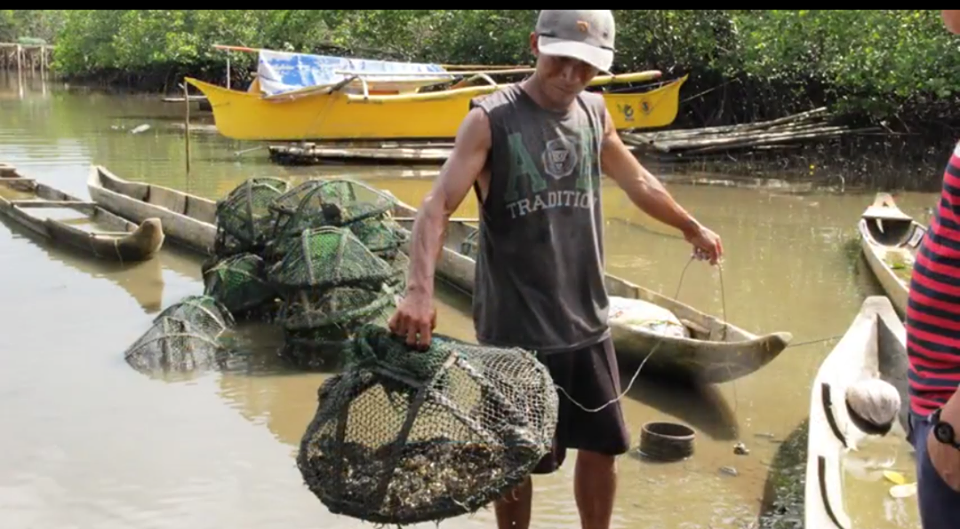 No wonder this once virtually unknown town gained national prominence when it received a national award for sustainable coastal management competition, besting other finalists in the country.

Cortes is a fourth class municipality in the province of Surigao del Sur, Philippines. According to the 2015 census, it has a population of 15,912 people. The town faces the Philippine Sea on the eastern part.

Cortes has a protected marine sanctuary located in barangay Balibadon, Capandan, Mabahin, Poblacion, Tigao, Uba and Tag-anongan. It is known in the province of Surigao del Sur for its rich source of sea foods in the area. You can find different kinds of fish, crabs, etc. It has beaches with white sands and water falls. It also has a bird sanctuary located in barangay Burgos. It also has a wide area for agriculture. It has two season, rainy and sunny.

Endowed with 56,000 hectares of municipal waters, which is much larger than its 13,059-hectare land area, the residents’ commitment to safeguard their marine preservation areas (MPAs) made the town as the country’s first grand winner of the Malinis at Masaganang Karagatan (MMK) 2016, initiated by the Bureau of Fisheries and Aquatic Resources (BFAR).

Recognition
Cortes Mayor William Angos, received the recognition, along with the P20 million prize, from no less than President Rodrigo Duterte during the awarding rites in Malacanang on March 7 this year. The prize will be used to fund the town’s marine conservation program, the mayor said. “Marine conservation is not just the sea waters, it includes cleaning our backyards because all waters find its way to the sea,” he added.

“I consider conservation as a social problem. Unless we address poverty, the fisherfolk would always be tempted to intrude into our marine sanctuaries,” Angos said.

In the last four years, the local government has embarked on a no-nonsense awareness drive to raise local awareness on fishery laws, while engaging the fishermen to guard their municipal waters against all forms of illegal fishing.

Raising awareness
Angos, who said his foray into politics while spending a vacation in his hometown for diving activities in 2013, said the first two years of strictly enforcing fishery laws was crucial since it was met with cold reception from fisherfolk and resistance from illegal fishers.

The campaign became successful with the help of Vincent Dueñas, a fellow of an NGO called RARE Philippines, who later became Municipal Coastal Resource Management Officer.

Dueñas spearheaded a community-based campaign through peoples organizations in the sustainable management and enforcement of MPAs in all the town’s 12 coastal villages.

The campaign involved in the town in all activities aimed at improving biodiversity in the coastal areas, mainly by slowly reducing by 95 percent the intrusion of spearfishing and fine-meshed net with scaring devices within the no-take zone.

Dueñas said they achieved their goals by giving residents a sense ownership of the MPAs by being involved in governance and enforcement.

Diverse ecosystem
According to BFAR study, the coastal areas of Cortes support abundant and diverse ecosystems of coral reefs, sea grass beds, mangrove forests and soft bottom environment that are habitats of a wide variety of fishes and invertebrates. The coral reefs of Cortes are most likely among the largest in Lanuza Bay with an estimated area of 2,780 hectares. Its seagrass beds and algal flats are estimated at 1,500 hectares while total area of mangrove forest was recorded at 330 hectares.

Using the multi-sectoral stakeholders approach, the town council has crafted several significant local fishery policies and regulations including the 100 percent registration of all local fishermen with ID system, registration of yellow-coded boats and gears and the establishment of Coastal Resource Management Office complete with qualified staff and officers.

Already, education and awareness on marine conservation inculcated to residents in all walks of life were best displayed during the recent week-long Kalogatan Festival 2017 when a pageant dubbed Ultimate Fisherman Champion (UFC) represented by each village includes a question and answer portion where contestants were asked about their knowledge on marine biodiversity and fishery laws.

Angos said they are now shifting to human development concept as key to sustainable marine conservation for this year’s entry to national MMK competition. –PNA/Newsline.ph