Zamboanga City declared under the state of calamity 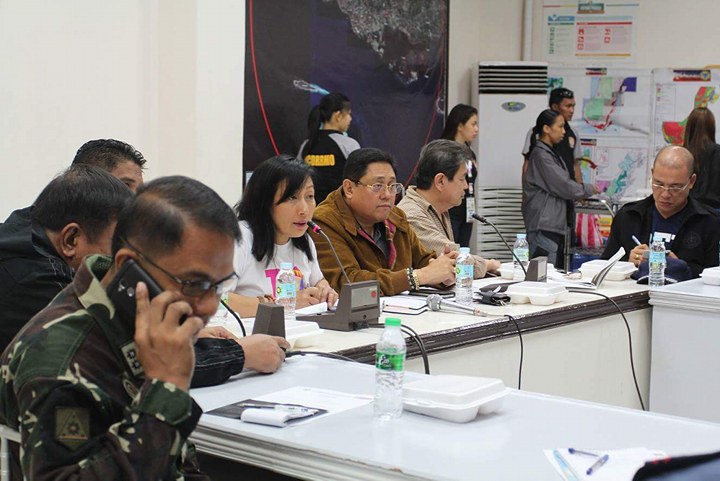 ZAMBOANGA CITY, Philippines — The City Council of Zamboanga approved the request of the City Disaster Risk Reduction Management Council (CDRRMC) chaired by Mayor Beng Climaco to declare  Zamboanga City under a state of calamity due to the widespread destruction brought about by Typhoon Paolo to its agriculture and infrastructure.

Climaco wrote  a letter to the Sangguniang Panlungsod Thursday, requesting the august body to immediately convene an emergency session to declare the state of calamity.

The City Social Welfare and Development Office (CSWDO) disclosed that the massive floods and storm surge had displaced a total of 3,666 families with 18,330 dependents in 17 affected, mostly coastal barangays. At least seven people were reported dead, 158 houses totally destroyed and 327 other houses were partially damaged.

In the agriculture sector, City Agriculturist Diosdado Palacat reported that 1,150 famers were affected by the floods that destroyed 310 hectares of rice fields, 477 hectares of corn farms and 144 hectares of land planted to vegetable.

He also reported that the inclement weather had destroyed 200 hectares of seaweeds, 857 hectares of fishponds and P30-million worth of irrigation.

The estimated total cost of damage to agriculture is P45.970 million. The City Engineer’s Office, on the other hand, has reported between P16 million to P20 million worth of infrastructure mostly rip rapping, roads, bridges and slope protection destroyed.

According to the Interior and Local Government City Director Moh Arakama, the widespread destruction as reported by the agencies concerned warrants the declaration of state of calamity in Zamboanga.