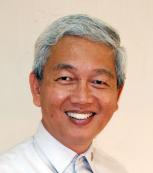 DAVAO CITY, Philippines —  Catholic Church officials called on the faithful to remain vigilant despite the government’s declaration that Marawi City is free from terrorists.

Catholic Bishops’ Conference of the Philippines-Episcopal Commission on the Laity (CBCP-ECL) Chairman Bishop Broderick Pabillo said the fight against the extremists are not only with the Maute group but other groups who out to spread evil.

“Yes (the people should remain vigilant). The fight is not only against (Isnilon) Hapilon and (Omar) Maute but against terrorism and violence from whatever quarter,” he said in a statement.

For his part, Fr. Jerome Secillano, executive secretary of CBCP-Public Affairs Committee (PAC), noted that the people should always be alert since the death of terrorist group leaders would not stop their remnants from fulfilling their nefarious goals.

“We just need to be constantly alert though, because the deaths of these terrorists do not mean the end of terrorism in the country,” he said.

The city was the battleground of the conflict between government forces and Maute group that started in May.

On Monday, the Department of National Defense has also announced the termination of all combat operations in the city.

Meanwhile, The Police Regional Office (PRO) XI has continued to call on the public’s cooperation as it remains on high alert against terror attacks.

Police have tightened security measures following the fall of the Maute terror group.

PRO XI spokesperson Chief Insp. Andrea Dela Cerna said that although the Davao Region is generally peaceful, law enforcers are not discounting the possibility of a spillover of Maute sympathizers and allies.

She said the cooperation of the public will help them prevent any possible terror attack in the region.

Dela Cerna said all police units are directed to secure all vital installations and places of convergence in the region and conduct stringent security measures.-PNA