Posted on February 3, 2018 by NewsLine Philippines 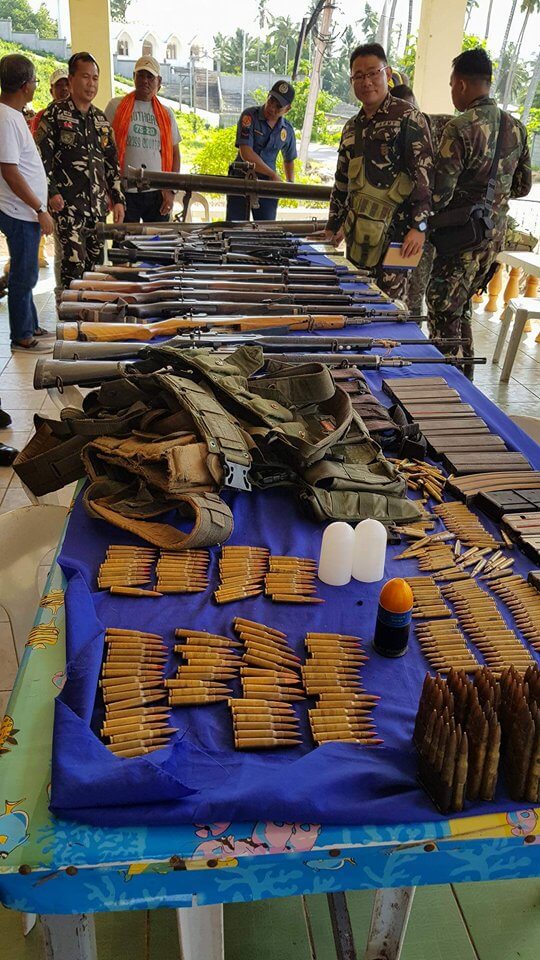 Burahan of the island municipality of Pata, was accompanied by barangay chairpersons and other municipal government officials when he turned over the firearms to Sobejana.

“The genuine gesture of Mayor Burahan and his constituents in giving up voluntarily their war materiel can be a good example to all other government officials and the Tausogs as a whole who are bearing arms illegally,” Sobejana said.

He said the surrender was brought about by the relentless campaign of Joint Task Force Sulu agai.

Sobejana said “It is our goal to make Sulu a gun-free province. As we exert efforts to transform Sulu from terrorism to tourism, we want also to espouse the hashtag from Arm to Farm.” -Richard G. Falcatan/Newsline.ph